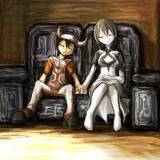 Why the Modern "Review" is Garbage 1

You may agree or disagree with the above statement but i'd like to present some evidence I garnered. This comes from one "Electronic Gaming Monthly" issue 230  with the reviewer being one James Mielke aka "Milkman". The review in question was picked at random and demonstrates some of the major flaws I see with a lot of video game criticism.

Final Fantasy Crystal Chronicles - My Life As A King
Milkman
Square Enix's increasingly ambitous Final Fantasy: Crystal Chronicles series - now in its third iteration - is slowly overtaking the main franchise in terms of innovation and heart.
A bit of an ambiguous statement. Are you going to go on to demonstrate how this is happening?
Take downloadable WiiWare launch title "My Life as a King": Eschewing the multiplayer focus of the two previous titles and offering something of a Populous - meets - Animal Crossing "god game". King removes the action-RPG focus of its predecessors and arrives at something best described as a kingdom management sim. The resulting game is a lot more interesting than that description sounds though.
The writer is assuming the reader knows what kind of game both Populous and Animal Crossing are, what "Action-RPG" means and what a "Kingdom management sim" would entail. I can only hazard a guess that a large majority of people reading this description would have no better idea what kind of game this is by reading this "review".
In your role as the titular king, you're given a kingdom to customize, adding bakeries, armour and weapon shops, houses, parks and more to keep your increasing population prosperous and motivated. By sending your town's bravest citizens (consisting initially of Crystal Chronicles humanesque Clavat race) out on daily missions, you not only expand your net of influence in the game world's map, but your adventurers also increase in level and buy their own equipment - provided you fund weapon research and help the local shops get their feet off the ground. As your town expands, so do your building options and your citizens capabilities.
We're way past the halfway point of the "review" and the writer has yet to give any sort of critique of the game. In fact we may as well be reading from the back of the box, or from the instruction manual or listening to a Square Enix representative convince us why we should buy his game.
Stat Junkies will revel in King's daily reports which show what (and how well) your soldiers fought, what their spending habits are and even how well they relate to other in game characters, a point briefly touched upon in the first Crystal Chronicles.
What about the rest of us? Surely now he's building up to expand on what the game does really well, if it's worth our money, what he came away from the game experience thinking and feeling. Wait for it...
Sure, sometimes you get the urge to beat stuff up and in game days feel like they go by too fast, but this is fascinating stuff - much more substantial than what you'd expect from a downloadable game.
There you go, your sum total of a review condensed into one sentence. I'm really not sure what "the urge to beat something up" means and why it's bad in the context of this game. I'm not sure if this game is worth my money because all i have is information I could get from the game's press release. I'm unsure just on a broad level what the reviewer took away from the game experience and the only two descriptive words I have to go on are "fascinating stuff". "Fascinating stuff" is what a developer giving a walkthrough of a game would say to me and all the time I would be thinking in my head "ok prove it".
2 Comments