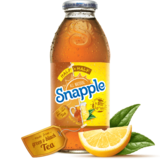 Destiny 1 remains one of my favorite games of all time. It came out in 2014, but the expansions improved the game so much that I was still hooked by the Rise of Iron/Age of Triumph expansion in 2016.

I am much colder on Destiny 2. While the core gameplay still makes every other first-person shooter feel obsolete, Destiny 2’s structure is still worse than the first game after months of updates. After seeing the teaser for the big fall expansion “Forsaken”, I’m ready to leave the game behind entirely.

Many Strikes and Nightfalls in Destiny 1 had specific, themed loot that looked really cool and encouraged you to grind for a powerful weapon or cool-looking armor. Destiny 2 got rid of strike-specific rewards and made the entire Strike system feel less important. I don’t know anyone who was purposefully grinding strikes for the first few months of the game: it was an irrelevant mode.

After hearing the community complain about Destiny 2 lacking quality of life changes and events that Destiny 1 had, Bungie started slowly rolling out a roadmap of changes. But this made me even more frustrated because they were just adding things back that were already in the first game, or making irrelevant changes.

The Eververse Store (microtransaction store) also hurt my enjoyment of the game by nerfing customization. I grinded for specific Shaders in Destiny 1 so I could have my characters in specific colours: Purple for Hunter, Red/White for Warlock, and whatever for Titan because Titan sucks and I don’t play them.

People frequently claim that “cosmetic only microtransactions are fine”, but this is an insult to the art teams that work hard to make video games look cool. “Things looking cool” is an important part of the gameplay experience: it’s why people spend so much time and money trying to get skins in Overwatch. And because I can’t make my characters and weapons look cool in Destiny 2, I care less about the game.

The Shader system in Destiny 2 changes them from unlimited-use items to consumables, so you are encouraged to spend money and buy more shaders from the microtransaction store. It is a bad change, and something that will likely not be reverted in the future. Skinning your guns was cool but I have never agreed with making shaders consumable.

Now that we’ve seen what Bungie plans for Destiny 2’s fall expansion, I have no interest in paying money to experience any of these changes. I don’t care about PvP changes or bringing back random rolls.

What I want from Destiny 2:

Some of these things are coming back, based on the roadmap Bungie has shown. But they’ve taken too long to bring Destiny 2 up to Destiny 1 standards. When I watch the Forsaken video, I am not excited. I feel no need to spend $40 to make Destiny 2 as good as the first. After being hooked and playing almost daily since 2015, I feel no need to boot up Destiny 1 or 2 anymore. I just want to play something else.