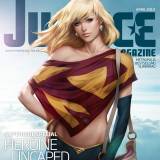 I became a gamer accidentally.

First of all I was a farmer since 2003 I guess, of course I live in a province where people don't know anything about video games. In 2009, I started to feel weak, so I went to a doctor and they find out that there's something wrong with my body. They told me to stop my work, so no more farming. 2010, I decided to move to a city where people are more social and that is where I started to use computer.

Get to know me