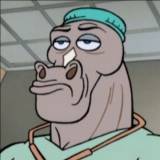 I stayed at the Lenox, which, unbeknownst to me until Friday, housed the Giant Bomb and GameSpot folks! Swank as hell. Fun times were had, that's for sure.

Well I'll hope for the best. Honestly I was expecting to be SOL until literally today, so we'll see.

@strainedeyes: I've heard that I'll need a police report, fortunately I dealt with this kind of thing a couple months back. Hoping for the best!

A while ago I posted about how my 3DS was stolen, and got some good feedback. I purchased a 3DS XL and it is set to arrive tomorrow (Friday), but today, a friend of mine linked me to this Reddit post about how this guy was able to get his digital goods back, and it got me curious. Could the same happen to me? Before you answer, there's a lot you need to know.

I never registered anything with Club Nintendo. Foolish, I know, but until now, I didn't think it was crucial to Nintendo's confusing online process. It wasn't like PlayStation Network or Xbox Live. I still have the box to my stolen 3DS, and with it, literally registered the system with a freshly-made Club Nintendo account today.

I realize that a call to Nintendo's customer service will be required. To get my digital purchases back, would I have had to register each one of them with Club Nintendo when I purchased them? Or is the simple act of me registering my 3DS enough?

@elko84: Yes, I did give the police the serial number of the device. However, this was a few days after it was stolen, so the thief had a bit of a window.

@truthtellah: Apologies for leaving out a couple details. I went to the campus police first, and they were able to find the thief through the security cameras thanks to that. I'll try the Nintendo-specific details below and see what happens. Thanks!

Buckle in, it's a bit of a long story.

So...a couple months back, I left my 3DS in my campus recreational room while I got some food. I was gone for maybe ten minutes, and when I got back, it was gone. I went to the police the next day, and within the next couple of weeks, the guy who stole it got caught thanks to security cameras. A thuggish type, kinda looks like a juggalo. He owes me either my 3DS or around $200, but that could take months thanks to America's stellar justice system (not gonna complain too hard about that one, though).

Well, I thought that was the end of the story, until around five days ago. My sister, who was friends with me on my old 3DS, noticed it was online - not only online, but playing Pokemon X. She has Pokemon Y, and I struck up a conversation with this guy and we basically shot the shit about Pokemon for a couple minutes. I don't believe it's the thief, as he would have turned it in to avoid further charges (or something like that, there's probably a step I missed regarding that). I didn't disclose who I was, and neither did he.

So, my question is - what the hell do I do from here? For all I know, this guy got it through Craigslist or something. I'm guessing he didn't wipe the SD card because of the amount of games that were on there, and he hasn't deleted all of my friends on it, so...yeah...I'm at a bit of a loss. Is there a way to track the IP address he's using like you can do through Skype calls or emails?

Those Pokemon titles are...kinda shitty. They're better off making Pokemon Stadium 3. The first two had awesome minigames, so the new one could do something even better with Wii U's controls.

TalkRadar had died a slow and painful death. That show was the fucking bomb, man. Well, not *the* bomb.

Reworked the design a bit. Still SUPER rough, but that's because I need references photos for the poses. If it's going to look right, it needs to look perfect. Hopefully I have a chance to take some shots tomorrow. Also added in Pope, just to be sure he is forever immortalised by Brad's side. Changed the text, too.

Edit: derp. That color thing on the Tango Down text is bad. I'll fix it so that it doesn't emphasise "in" with "tango down".

Man, I would buy the shit out of this.