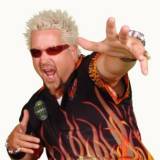 I don't have a PS3, nor do I plan to get one, so Killzone 2 is kind of out of the question, though I suppose I'm excited FOR the PS3 owners. Other than that, 2009 is looking to me like a fairly dry year in terms of exciting releases so far.

I'm a little excited for Sins of a Solar Empire: Entrenchment, but it's really just a micro-expansion and it's hard to get too too worked up about it, and the release of Dawn of War 2 will excite me once I upgrade my computer enough to handle it at a playable framerate, but I think at this point I'm more excited for game announcements and small content updates that will be happening this year than full games coming out. I'm looking forward to lapping up information about Mass Effect 2 and any new installments in the Call of Duty series, and I'm sure this year's E3 will have a ton more for me to get excited about.

I just recently got an Xbox 360 after years of PC exclusivity, and now I'm slowly chomping through the back-log of great games that came out since the launch. I'm not really looking forward to too many games coming out this year, except maybe Sins of a Solar Empire: Entrenchment (since I started playing Sins recently). Other than that, I'm playing catch-up, and having an awesome time doing it.