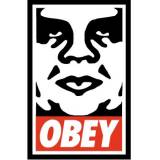 So it’s been a while sense I’ve done an update blog and man have I got a lot to get off my chest.  I found a copy of Baulders gate for PC in my closet and finally installed it and have only played about 5 minutes of it so will a have impressions some other time.    This month I’ve spent over $200 on games and am glad the rush of big titles is over.

I tried playing this for the first time on single player, just to get a feel for it.  After 5 minutes I was dead bored playing with the bots  and hoped onto Dead Air campaign with some fellow citizengamers and really had a blast.

This is going to have to be my co-op game of the year, working with your team mates is essential to survival.  Graphically this game looks just okay, while the character models have the same great art style similar to Team Fortress 2 models.

The AI director is the real star here, sending waves of enemies at you just as things start to get dull.  The biggest disappointment is the lack of enemy variety and weapon variety.

I’ve always wondered what all the fuss has been about world of war craft sense every one and there mums are playing it now.  I had to download three five hour patches before I could enter Azeroth and I got to say I don’t think my 15 hour wait have been justified.

One reason why I was interested in the game was the distinct art style/graphics.  I have always loved Blizzards concept art and graphics and well it really shows in the game.  I’m not a fan of having to find quest locations with out a map marker.  I enjoy getting to a location easily and having a difficult battle but not the other way around.

I’m currently playing a level 5 Dwarf Hunter named Glasgo who’s not to shabby with an axe and while that’s all fine and dandy I’m sick of killing goblins and boar.  I really cant stand the steep learning curve (even though there’s a help option) and don’t like the feeling of being dropped into a game and feeling like I’m blind folded.

I rented Season 1 from my local library and have to admit even thou I was skeptical I freakin love this show! I love how every episode leaves me with unanswered questions and mystery.  I find it very annoying how ever that they almost completely ignore the other 48 characters yet its understandable.  I’m currently watching season 2 on fancast.com, every episode to date in crisp and clear HD….as long as you have good internet connection.

So that’s pretty much what I’ve been upto for the past 2 weeks.  I’ve had massive amounts of school work so havnt been able to get on XBL a lot but with thanksgiving break coming up I should have some more free time to game.  I’m probably going to have enough time to finish up my PC gaming editorial that iv been ranting on and on about.