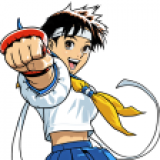 @hafnalas: Not only is all of this incredibly wrong but also yo, I think this conversation had it's day.

I don't understand this at all but I think I love it.

I associate a lot of music to moments in games, glad to see other people do the same. It's weird but it creates such a specific, intense nostalgia and emotion. Really cool stuff.

World of Warcraft's soundtrack being what it is, I listened to a lot of music while playing that, but what I remember most is raiding during Burning Crusade while listening to DJ Tiesto. His jams suited Netherstorm particularly well.

When my friends and I first discovered Dragonforce (yeah, yeah; "studioforce") we were finally digging into Saints Row, and that created some wacky, memorable moments. Glitching out, falling through the pavement and into a bottomless void while Through The Fire and the Flames was especially memorable.

The last real use I got out of the 360 being able to play music through my iPod was when my friend and I played through the original Gears of War on co-op. That one underground Locust-infested level, we had Aretha Franklin blaring, and it was pretty dang great.

The best, most perfect example of this I can think of, though, is Bonnie Tyler's "I Need a Hero" coming on the radio just as I was defeating Dr. Wily in Mega Man: Powered Up while waiting for a haircut at the barbershop. It made the very best victory lap music as the credits rolled. I grinned from ear-to-ear; everybody else in the shop probably thought I was insane.

This has my seal of approval.

Gosh this makes me incredibly sad. But you're doing it for the right reasons. Hope your baby grows up great, best of luck to you.

Not to be a "um ACTUALLY" Internet douchebag, but the Game Informer reveal says it's set during Christmas Eve and not New Years Eve, which IMO way cooler (see: Die Hard, Gremlins).