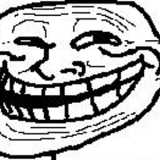 The only rule is you have to upload a awesome wallpaper for everyone you save.  You can download a full size image by going to posters profile and viewing his images.

#4  Edited By Pleasureizmine
11 years ago

Last summer, after I had finished administering a good hot dicking to my girlfriend, I went to the bathroom to clean up as I always do. This time, however, I had to take a shit.

So, I'm about to throw the condom in the toilet to get rid of it when an idea comes to me. I put four fingers into the open end of the condom and stretch it out and hold it up to my asshole and shit into the condom. A perfect, smooth finely tapered poop, slides all the way down into the bottom of the condom, coming to rest in the pool of ejaculate, displacing some of it so it flows up the sides of the turd. Perfect. It fits like a banana in its skin. Then, I look at my creation, wondering if anything could possibly be more awesome. I then clip my toenails and drop them in there for good measure. I take the whole thing, hold the opening over the faucet, and start filling it with warm water.

I'm thinking of all the awesome things I could do with my newly acquired disease balloon. Running all the different scenarios through my head, trying to select the single most awesome one. "This is going to be epic," I tell myself. I take it off the tab, it's about the size of a volleyball now. I go to tie it at the end, and I have the bit stretched around my fingers, ready to put the tip through the loop and complete the knot, when motherfucker slips out of grip because the freshley unrolled end was still lubricated. It starts spewing it's payload before it even hits the floor. It lands on my foot, bounces a little and empties itself all over my white socks. My girlfriend, who is still in the bedroom, is startled to hear a loud, "FUUUUUUUUUUUUUUUUUUUUUUUCK" eminating from the bathroom. She then opens the door to check on me and is greeted by the sight of her boyfriend standing in a puddle of shit stew with a limp condom at his feet. She just stares for a moment, dumbfounded. Like, she cannot believe what is happening. Either that, or she doesn't want to believe it. There is poo and cum and toenails on the floor, the walls, the mirror, and on me. While her brain tries to make sense of the scene in front of her, I slam the door in her face, which seems to snap her out of her daze.

I feel regret. Not for what I did, but for what I could have done. It smells now. I dry off with her towel, then drop it on the floor, covering what part of the mess I can. I put on my cool face and exit the bathroom, gently shutting the door behind me.

My girlfriend eyes me. I know she's waiting forr an explanation, but I don't think she could handle it. So I walk past her without saying anything. I put on my coat and tell her, "It's getting kind of late. I'm gonna head home." She just stares at me with that dumb look on her face. I drop my poo socks in her mailbox and walk home. That was the last time I would hear from her. But I had something better now.

I would make another.

Welcome as the new year rolls into September it is time to challenge yourself, break habits and ascend to a new heir of self reward. Sign up by posting in the thread and once you fail, and fail you surely will you have to repost the calendar with your progress to your ultimate demise and the shame of everyone knowing you recently fapped.

EDIT: For all those who have fapped before the creation of this thread will be pardoned and allotted to start anew!

#10  Edited By Pleasureizmine
11 years ago