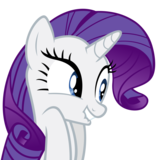 Sorta kind of review for Kingdoms of Amalur

So as I'm working through my Steam backlog of games I've been meaning to do reviews for all the games I complete. I don't see a point for Kingdoms since I can't seem to think of anything new to say. It's overly long, the content is middling at best, the combat runs its course in a couple dozen hours and that becomes a problem for a sixty plus hour game. I'd still like to say something considering I got the game more because of all the news that surrounded it a while back and I was curious about the thing.

I did enjoy the heavy use of Celtic myth and Irish accents for the fae folk. Everyone knows elves and that sort of stuff, but not so much the older versions where fae folk are tricksters out to either fool or kill humans. That was a nice touch. The world still felt hollow though. The lore just had no staying power with me and I couldn't for the life of me figure it out for some time. I started thinking about series like Mass Effect or the Elder Scrolls and how they handled the lore differently from Kingdoms. I actually enjoy learning more about the various races of Mass Effect, but I just could not care less about anything going on in Kingdoms which is a problem because there is an insane amount of lore thrown in the player's face. The problem is that Mass Effect uses this interesting world effectively where it introduces new things about the various races slowly whereas Kingdoms just doesn't have that many tricks. There's four playable races which sounds great until you realize how little that seems to matter. The fae folk give up their secrets almost immediately in long winded and drown out exposition dumps. After some time they just become quest givers like any other NPC with too much gold and not enough energy to fix their own problems. And they just don't shut up. There is so much writing and while it's never bad and the voice acting is almost always good (even if there's only five voice actors in the whole game) it just repeats the same things over and over and over and over again. There simply isn't that much lore to back up a game this long. Again, just about every other review I've read says the same thing that Kingdoms is just too long and what's there isn't all that great in any case.