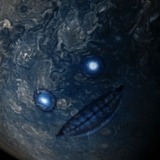 Bless all of this!

I beat FE3H over the weekend with Claude and the Golden Deer and I thought I would clear some things up...

Each route is around ~40 hours.

Byleth's age is revealed around half-way through.

As far as romance goes, you can only romance 1 person at the very end of the game post time-skip and everyone is around ~20 not including the teachers.

As far as (m) same-sex relationships go, there is only 1 option, Lindhardt. The other two are ~twice your age and result in you marrying a random female villager. Not super jazzed. Also odd, that Lindhardt's relationship is the EXACT same for male and female Byleth (MC). It's not good. :'(

As far as difficulty, I'm a OG FE fan, and I found Normal to be overly easy and the game shows you pretty much everything that is going to transpire ahead of time clearly. It is very similar to Into the Breach. Hits are pretty much guaranteed in Normal, but not so much in Hard.

Culver's is a midwest chain, they are pretty good as far as fast food goes, but their fried cheese curds are the /best/!

Just smash a TV with another rolled up TV @CNET

Life is Strange OSTs pegged me real good. The opening song is Lisztomania by Phoenix.

I would be really down for an Alex playthrough of the Mass Effect Trilogy!

If this had any other branding besides Metal Gear AND didn't have an egregious micro-transaction system I would of tried it.

You guys could try Pocket Tanks Deluxe (2001) if you liked Scorched Earth. It's not as new looking as Shellshock Live, but allows local multiplayer and has all the fun guns without having to level them up. I used to play it a lot with friends at lunch when it was ported to mobile.

That Barroth armor reminds me of the Alexander summon from FF.