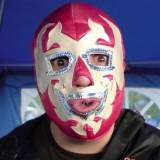 Yup, it's very late but at least I finally got around to it! There's not much that hasn't already been said or written, but as my first review on here I'd appreciate any feedback or comments.

Yup, it's very late but at least I finally got around to it! There's not much that hasn't already been said or written, but as my first review on here I'd appreciate any feedback or comments.

One of the best examples of something very capable of scaring and disturbing is Jack Nicholson in The Shining. A seemingly ordinary family man gone cuckoo chasing his family around a deserted hotel in the middle of nowhere is absolutely chilling in my mind.

I think it's sometimes in the delivery though: the first time I played Resident Evil 3 I almost shat my pants when the Nemesis creature jumped through the window in the police station!

I've been playing GTA IV: Liberty City Stories as my sis bought me it for Chrimbo. I'm only a couple of hours into The Lost and Damned but I'm enjoying it thoroughly.

Really like the attention to detail and it's refreshing to see amongst the current landscape of female artists who are more accustomed to making a video that consists of them wiggling their norks for three minutes.

I lean much further left than right, but as Chris Rock once said, it's insane to decide where you stand on something before you've heard the individual issue. There's some things I'm very lenient on and some things I'm slightly tougher on. I believe in making an informed choice about an issue by weighing up both sides rather than aligning myself to a group of politicians who have a default view on every issue set in stone just because of their allegiances.

On a general note though, I like to avoid discussing politics (bit too late for me now isn't it!) and would never avoid a person or dislike them because I disagreed with their opinion. Unless they were a total arse-piece of course :)

Having never played the original COD4 multiplayer, I love MW2's multiplayer though it may just be for that exact reason. Yes, there are those that love camping but on the plus side there's nothing more satisfying than working out where they are from Killcam, sneaking up behind them and scalping them! Halo 3 used to have its fair share of campers too, but you didn't have a feature like Killcam to show you where they were after.

The last Call of Duty game I played online was World at War, but with it's sludgy and dull brown-green maps it got old very quickly for me.

I played the demo for the first time last night on the 360. I'm not into ATV stuff in any way at all, but really enjoyed the demo.

I liked:
1) The graphics. Yeah, people keep banging on about it being Disney, but who cares when it looks that good?
2) The air. I personally do not get tired of launching off huge jumps, no matter what game it is.
3) The speed. I'd played a couple of ATV games briefly a few years ago and they hardly seemed like the most breakneck games, I think the sense of speed is conveyed well here.
I'll agree with others though that the soundtrack is lacklustre and the tricks aren't the most amazing. Still, we've yet to see the full game and I think with all the tracks, the customization and the online play (if many get onboard), it will be a solid game (especially if you don't have a PS3 for Motorstorm:Pacific Rift). Did anyone watch the vid at the end? Some of the tricks looked awesome - particularly the one where the rider turns around and 'goes to sleep' on the saddle!
The multiplayer is really going to be the deciding factor on whether I buy or rent, but it's £28.99 on ShopTo.Net at the moment, and it's guaranteed next day delivery if you order before 5.30pm, so it might just be worth the purchase.
13 years ago

I'm certainly not 'emo', whatever it means. I just see it as a modern day extension of the New Romantics group that appeared in the early 80's.

I don't dislike someone who considers themselves 'emo' , people have the right to adopt whatever lifestyle they want. What really fucking annoys me though is when bands become 'emo', purely because something in their song is seen as overly emotional, or they wear black, or they place rock music, or they choose not to have distorted guitar, or they have long fringes...the list goes on.

Trying to complete PJ Ladd's challenge at the mansion and I can't get past it. You have to olly onto a bench and grind an FS 5-0 into a FS tail.

I've looked at the method for pulling off both of them but can't seem to nail it. Do I olly again and land into the FS tail once i've done the FS 5-0 or should it be all in one swift motion? Any tips greatly appreciated!