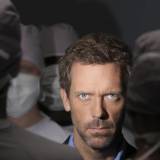 Well its been a while since I wrote a blog and to be honest with you guys I really didn't plan on writing one about this game but here I am....Anyway I am about 5 hours through Force unleashed...which is a like 60% of the game I believe. Anyway so far this game has been nothing short of unspectacular...It is kinda like Too human except with better graphics and a somewhat better gameplay. I dont want to rant on and on so lemme just put forth some of the highlights and the not so good parts..which are unfortunately numerous.

+ The game's story is good and I have an Idea where it will go and it is easily the highlight of the game
+ The force powers when powered up are absolutely amazing
+ The Voice acting is solid, especially for the main character
+ Environements look solid and are "fully" destructable...objects bend very nicely, especially metal
+ The boss fights are bad-ass...the "real time" endings/moves  are cool

- The game's camera makes Too human's look saintlike...seriously, if people can't make the camera system fucking work in a 3rd person action game then DONT DO IT. During certain instances the Camera gets stuck behind like a rock which has fallen on the ground and I am sitting there holding the controller, mashing buttons like a monkey and hoping that something happens.  What happens more often than not is that I die

- This leads to my second bigger gripe about this game, I am playing on the "hardest:" difficulty they have and I am currently at a part where I have to kill like a billion enemies who all have powered armor and are resistant to my force powers...you know what that equals.. It equals wayyy tooo many deaths. I am not the person who usually complains about this because I am man enough to admit that I am not the best player. However, what really makes this ridiculously annoying is the fact that when every you die you have to do the whole fucking section allll over again. I mean I get to like the last part and die and this has happened like 5 times so far(not kidding) and I have to restart all the fucking way at the start. It is sooo annoying that it just makes me wanna do bad bad things to the entire design team that worked on this game

- Another thing is this game may look pretty and spectacular but it is not Assassins creed...in the sense that it is a pretty narrow, follow this path game. Although that is kinda disappointing it is no big deal. However, in the Raxis prime level there was a lott of jump here and jump there shit and I am not the greatest judge of where to jump and I ended up trying to jump here or there(They looked like perfectly legit places to jump) and I would fall and then I would have to restart the section all over again.

- There are also glitches in this game...my fav. one so far has been one where I pulled off some sick combos and killed 2 Rancors who were attacking me and went to face the 3rd one. Along the way I killed quite a lot of enemies mind you... and then guess what happened....my character just froze. He just stood there while they pounded him to oblivion. Even more messed up is that the audio and the video is not in sync in some of the cutscenes...it is kinda my pet peeve and I found it to be very discerning.

- Also how could I forget this one...you are going to have one helluva time focusing on one enemy, this is tied in with the shitty camera system. Also, certain enemies will knock you down if you get too close like Rancor's and if you are a person who likes to get up close and personal you might as well put down the game right now because it is one of the enemies that will knock you down with its attack and apparently star killer is a wussy and takes like one hour to get up again...just in time for it to walk up to you and do it all over again. Not balanced at all....

- Controls are not responsive and that is one of the most annoying aspects, especially when you have like twenty enemies breathing down on you

- Also, let me throw in one last thing, the character models are not that great, Juno eclipse in particular looks messed up. I expected somewhat of a better graphics in that sense

I seem to be complaining a lot and it is not really my style to be hating on a game...hell I tried Too human for like two weeks but this game is pushing  me towards just yelling fuck you and tossing it out the window. This game is not for everyone is what I am trying to say and it looks like the boys at gamespot have gotten it right. I would give it a 3 stars out of five.Also let me remark that I havn't finished the game and maybe it will get better later on but for now it has been somewhat of a dissappoitment. THe only thing that keeps me going is the fact that the story is good and my force powers just rock