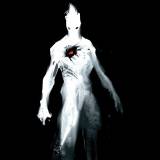 The GTAIV That Should Have Been

If you can’t guess by the title, I bought Saints Row 2. I probably shouldn’t have, as I now have zero monies to spend for the rest of the month, but it was half off at Blockbuster, so I couldn’t really pass up that opportunity, now could I? I certainly don’t regret it, because this is the most fun I’ve had with a game in the whole of 2008 and 9.

As you can probably guess, I was one of the millions of people that were pumped as fuck about GTAIV. This was THE game to get, and I would not have for a second that I would end up not liking it. But that all changed as soon as I fired the game up for the first time and played a couple of the missions. “Huh, these missions are kind of dull,” I said to myself. “But whatever, they’ll probably go apeshit like San Andreas did with its missions.” But that never fucking happened. Every mission was the same, with only two exceptions: Three Leaf Clover and the final mission(s). Those missions were the shit, mind you, but two missions out of, I don’t know, 60-70 just aren’t going to cut.

After many people had completed the game, marketing for a little game called Saints Row 2 started to pop up everywhere, promising all the bat-shit craziness that GTAIV didn’t deliver, and then some. And once I saw this http://www.youtube.com/watch?v=3tVpqF2VnkY I knew that this was the game I was looking for. Sure the graphics seemed a little wonky, and I was sure that there were going to be a shitload of glitches, just like in the first game, but I didn’t care; it looked too fun for me to care.

And that’s what Saints Row 2 is: fun. The graphics aren’t amazing, there are a lot of glitches and the story isn’t as “emotional” as GTAIV, but what it lacks in graphical finesse, it more than makes for in the terms of fun. And fun there is a lot of, thanks to a lot of balls-to-the-wall Activities. There are the standard sort of Activities, such as the Racing and Hitman Activities, but that’s just the tip of the iceberg. Over the course of the game you will have sprayed tons and tons of shit on buildings and people, snapped many necks in the Fight Club Activity, cracked numerous amounts of bones in the Insurance Fraud Activity and blazed many trails; and that is what makes Saints Row 2 my 2009 2008 Game of the Year. I applaud Rockstar for having the balls to do something different with their franchise, but sometimes you just have to play it safe and give people what they want: Mindless fun.

Of course, this blog isn’t just going to be about Saints Row 2; I have some other stuff to talk about as well:

I finally have my own TV. Before I got my TV, I was forced to play on the Bravia we have in the living room, but that proved to be fucking impossible, as my two stepsiblings were always hogging the goddamn TV, which meant I could pretty much only play when I was home alone, which didn’t happen very often, but now that I have my own TV, I’m definitely making up for lost time, especially now that I have a week off from school. It’s a 32” flatscreen that I borrowed from my dad and his girlfriend. They had it in their bedroom, but they never used it, so I’m borrowing it from them. I will eventually have to give it back to them, but I hope that that’s not happening soon. But when I do have to give it back to them, I have a 15” TV as a backup. Hooray! :P

Unless you’re living in a cave somewhere, you would know that the Killzone 2 demo came up on the European PSN Store. I downloaded it, of course, and I was blown away. Holy shit, this game looks good – even in SD! And my head further exploded when I played it on the Bravia with 5.1 Dolby. Everything about the game just emanates awesomeness; the graphics, the sound – it’s just a great, great overall experience. I’m definitely picking this one up at one point or another, if my economy allows me to do so, that is.

Another game that I’ve been playing is Fallout 3. Now, I did not buy this – my other stepbrother bought it – and it’s definitely not a game that I would pay for, but it’s actually kind of fun. I’m a bit burned out on it right now, even though I’m not very far into it, but it’s still kind of fun to pop it in once in a while whenever I want to watch some gruesome headshots (that Bloody Mess perk is a gift from God!), but it is definitely a bit too slow-paced for me – too much fucking walking!

I think that about does it for this blog. I’m going to my mom’s place in Jutland from Tuesday the 10 to Saturday the 14, so I’m not going to be on during that period – besides, I have a book report due by the end of the holiday, so I won’t even have time to be online. I’ll see if I can borrow my mother’s camera, so I can record some Guitar Hero: World Tour videos, and who knows? Perhaps a video blog?