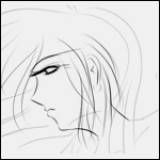 It's been a while since I've been here. I don't even know if anyone checks out my profile :P but I figured what the hell!

Actually....I was cruising the net to see if any more people had reviewed RE5 (because of the weird reviews I've been hearing here and there) and then I remembered Giant Bomb. Alas, no review, but then I figured hey...let's update the ol' profile.

Not that it matters too much, I mean, its mostly the same as my GS blog most likely. xD

Well I guess I don't have too much time, as I do have to get back to my observational drawing final (read: skulls). But! Just wanted to...I don't know, post xD

Anyways, moved here from GS. Not sure if this is a perma-move or not, as I've yet to explore the site.

In other news, I bought FFIV DS today. AW YEA! Finally. Took a bit of effort however, since all the stores near me hadn't gotten their shipments yet or whatever. Had to drive out a bit to get it, but it is now mine. :D I think I will cruise the internet (and this site) later tonight after getting some good time in with the FFIV crew.

Oh, and excuse my shitty, home-made, hand-drawn avatar. lol I'll come up with something much better at some point in my life.

Alright everybody, thanks for reading and being my friend. XD