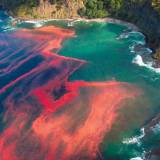 Ace Combat 7 is great and running it at a high framerate with modern graphics is amazing. Makes me really want some HD remakes of the past games.

I'm going to say up front that I've 100%ed FC2 twice and "beat" the game four times. While it has rough parts, particularly in the story and malaria scripting, Far Cry 2 is one of my favorite games because of what it requires of you. It also has a really good variety of weaponry that feels different and isn't all the same bland stuff with different skins like FC3 and on.

With the right planning and tactics, most of the annoyances are avoidable. For example, you should never have a weapon jam outside of the very early game. Buying the weapon crates early allows you to have two sets of new guns every time you leave a gun shop which lasts hours (especially if you buy the durability upgrades).

Checkpoints can be annoying early as well but are easily dealt with. You can either drive a short way around them (excepting maybe a few into combat areas), or you can just barrel through and then shoot the pursuing vehicle once you've gotten far enough away from the other troops.

The gun shops could be closer to some of the bus stops, but having fast travel to everything you want to do becomes extremely linear and boring. I find newer FC games suffer from this where you're never more than a minute away from everything so the open world setting is entirely wasted. Some areas in FC2 are breathtaking even today because of how good the lighting and atmosphere are.

My main complaints with the game are the story, stealth, and damage resistance of the enemies.

The main story isn't good in pretty much any way. To add on to that, the buddy options in main missions require you to backtrack a TON for no reason just to talk when they could have just let you go directly to the extra objectives. Bad writing and unnecessary travel get annoying really quickly.

The stealth system in the game is really bad and I'm surprised you didn't mention this. To start, there's very few stealth weapons in the game and your melee weapon doesn't kill quietly. So you're forced into pretty much one specific loadout that you have to unlock a little way into the game. In addition, there are no vision cones or UI hints pointing to the sight range of enemies. You have to learn that by trial and error what lighting conditions and distance others can see you at. This MIGHT not be so bad if the stealth wasn't binary. You are either completely undiscovered or the entire area is alerted. Getting discovered is as easy as not getting perfect headshots on the first try with your suppressed weapons as body shotting someone or missing past them can lead to the entire camp alert with no way out.

You mentioned how weapons don't feel powerful and I agree. Enemies take WAY too much damage to take down outside of sniper rifles or explosives. It's nuts that some dude in a tshirt is taking half a mag of hits to take down. I've actually played a few mods that improve this aspect of the game and it's much more enjoyable. If they had maybe made it adaptive in ways like Metro 2033 (you AND enemies do more damage on different difficulties) then maybe it would have been alright.

In any case, FC3 and on have lost pretty much most of what I liked about FC2. Everything is so streamlined and easy that you just kind of whirlwind your destruction everywhere and watch your level go up. I've never had such long and engaging firefights in any of the new games and they become boring once you've spent a few hours clearing the trivially easy outposts and there's no enemy presence on the map.

P.S. Fire is incredible in FC2, you just need to use it near the ammo dumps to get a huge chain reaction going that can wipe out whole camps or outposts. It's been toned down a ton in later games and I barely remember it even being in FC3 outside of the weed level.

Metro 2033 immediately came to mind as a game adapted from a book with no movie. Also, I'm pretty sure there's a TON of japanese games that are based on mangas.

Of course Dan crushed every dice roll he had. As if there wasn't enough evidence already that things just work out for the guy :)

I just don't think PUBG but with X mechanic is the right way to go. The ArmA mods, H1Z1, and games like the Culling all had similar setups but the extra mechanics bogged the game down for new players. Maybe some developer will figure out an important mechanic that's missing but so far it seems like taking mechanics away from the formula was the key in making PUBG the success it is today.

I just want to say I wish the staff had given Prey, Dishonored: Death of the Outsider, or Divinity: Original Sin 2 good playtime but I know most of the staff doesn't like immersive sims or traditional RPGs.

Alex's attempted filibuster was something else. Seemed like he really pissed Jeff off trying to change the rules at the last minute to get in a game he likes.

I like how Brad thinks prefiring in an FPS is a counter-intuitive mechanic only Destiny 2 has. It's not like an essential skill in literally any FPS.

Why does Brad insist on forcing most disappointing to not be awarded to a game only he likes? Destiny 1 before and now Shadow of War were EASILY the most disappointing to the rest of the staff from what they said. Listen to any of the podcasts how bummed everyone is and compare it to any other game except maybe Battlefront 2 and it's not even close.

For as much crap as the crew gives Dan for his loyalty to brands, Abby sure was crazy defensive about Apple in this one. I prefer Android but I don't bear any ill will towards Apple users but like she was actively trying to shame Vinny for even thinking about switching.