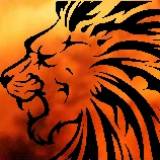 That was awesome. I almost wonder if the swapping of forearms was improvised in the moment because of the crowd's reaction to the first few.

Great introduction to Nakamura and I think his music fits well.

Very sad to see you go Patrick. And I'm guessing you'll probably read this since you're that kind of guy so I feel it particularly worthwhile to write something meaningful...

Although I didn't know your work fully when you joined, I was tremendously excited when you did from what I had seen. It was obvious that you'd be different from the others who had formed such a close knit group already but I knew you'd bring something of quality to GB with your news specialism. It also became quickly clear that you would bring an awareness of and champion other games that weren't always so up the alley of the other editors and it felt like GB became more rounded as a result. And as to becoming one of the group I was impressed with how that really became true and natural over time - obviously that's not just down to you but due to the other guys as well. You've clearly charted your own independent journey as well in the meantime with things like Spooking with Scoops and figuring out the whole Let's Play space. I think I remember you giving that as a motivation at the time, to purposefully figure out a new thing you weren't so good at. I mention that because you're clearly a driven person who goes out of their way to make themselves better at what they do and I think that's highly impressive. I'm sure those character qualities in addition to your skills will make you succeed in whatever you do in the next phase of your career and the phases after that too.

You will leave a genuine hole at Giant Bomb with your leaving but that'll be another story. I'll keep at least half an eye out for what you do in the future and I wish you all the best for it. And also for you and Katie and your family in case the new thing requires any particular upheaval in your general life.

It has been the game I've been generally most hyped for ever since it was first revealed 4+ years ago. I soaked up every detail about it until about 2 years ago when I decided to go on a quasi media blackout about it so that nothing would be spoiled for me and it would remain as fresh as possible for when I play it - to the extent that I chose to watch the E3 trailer with only my peripheral vision because I don't even want to really drink in and enjoy the visual style until my personal playthough. I've pretty much never gone to such lengths to protect my eventual experience of a game I'm excited about, so yeah, it's pretty important to me.

My hype has subdued slightly in the last 18 months because the vast myriad of possibilities of what I imagined the game could be from the outset seems to have reduced down and I've also in that time learnt of Jonathon Blow that he values and is excited by pure puzzle games probably more than I am, leaving me to worry that what he's clearly excited by with this game won't completely align with what I value most. If this game were only clever puzzle games I'd be disappointed to be honest. Given Jonathon Blow's own studied, careful game design and deep thinking I'm frankly expecting The Witness to say something about the human condition and/or the nature of the universe and that's why I value him more highly than many other game designers. (I don't want/expect this from every designer by the way but I'd love to see more games aim for these heights of exploration in addition to just the fun). So I'm a little bit cautious in my approach to thinking about it now, but I'm holding on to the fact that's he said that The Witness will be very spoilerable, which makes me think there's more than meets the eye about this game.

My initial reaction to this news was, I think, pretty typical. I first thought about how everyone involved was being immature and they need to not let things get to them, they ought to focus on the good, acknowledge and let pass by the bad. After reading this article though I had a thought: "maybe it's not enough to simply focus on the good etc. maybe the awful vile things people post on the internet shouldn't be tolerated, maybe it should be responded by hate and and emotions of that magnitude."

I've realized that I hate that people make rape or death threats towards people they don't know, I hate the way people act on the internet. On the one hand some comments can be deconstructed in order to find a simpler intention of the original thought, but on the other it's usually blown out of proportion and that is when the totally inappropriate and hateful comments come into play. When things get to that point I think that it shouldn't be tolerated.

In a real life setting if someone were to threaten to rape your wife you'd at least respond with a "fuck you" and depending on the situation a fight or even police intervention would be implemented. As a society we don't tolerate threats like these, why should we start just because it's the internet. The internet is just as much a society as a modern city is.

That was beautfully written - I enjoyed reading.

@Alex The idea of this column suits you down to the ground (in my personal opinion). You're a powerful user of the written word in particular and at your best when taking aim at an issue forcefully while not being tied down by any constraints. I think this will be a really good addition to the site.

A non-tangential aside: over the past year or more I've really gained a strong appreciation of your writing - I previously never had you in my mind foremost as a writer (e.g. just another one of the enjoyable gang on On the Spot), but you're really good! You are great at entertaining just by some words on the page and when I'm going out of my way to read a 1-star review of something by you even though I have no attention of ever playing the game or even caring to know about it, you know you have something special then. So keep doing what you're doing.

I can't get past #teambrad but I want to give an honourable mention to "Take him to the murder slingshot! Jeff Gerstmann 2012 political platform " because that was the most I've laughed at Bombcast in some time.

Just checked in after a while. Drew's images don't quite capture his essence for my money - it's a slight complaint in view of everyone else being completely amazing.