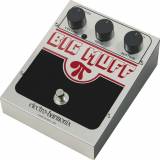 @xkkzz: hey I appreciate you taking the time to respond to this!

You've made some great points. I love the art style and soundtrack to Under Night but the way you've described it has me a bit weary that it might not exactly be what I'm looking for.

I'm leaning more towards SamSho and GBFV, and might end up getting both down the line.

Man I am in a total fighting game predicament at the moment. I've played a ton of (and love) Street Fighter and enough Tekken, SoulCal and DBFZ to know those aren't for me and now I'm torn between this and the switch releases of Under Night and Samurai Shodown.

I like that all three of these fighting games are a 1v1 fighters with more emphasis on neutral/footsies than say, DBFZ. I'm also likelier to play a bunch of portable switch at the moment than PS4, so SamSho and Under Night are very attractive... but damn Granblue looks gorgeous and seems like the closest thing I'll ever get to a 2D Final Fantasy game in terms of look and feel.

So still debating between the three... not to be "that guy" but I hope GBFV comes to Switch. Considering how well DBFZ made the transition I'm hopeful.

I will confess to having temporarily cancelled my sub in the past based on some of the asinine comments Dan has made over the years, but with it all said and done... shit, I'm gonna miss him a lot :(

I must be tripping. Did they really go five days praising MK11 without once mentioning the labour controversies around that studio this year? I get that Jeff is buddy buddy with Ed Boon but come on...

Had such a rollercoaster of emotions playing through this. My first playthrough I didn't like how analog and smooth the movement felt - I went in expecting a more rigid, grid-like rhythm game experience - and that ended up souring my first full playthrough. Also the music wasn't really clicking with me.

By the time I got to Night Drive (about 70% through the game) I finally found a song I really dug and found myself enjoying the game more from that point on... but still overall felt quite underwhelmed, mostly because I went in expecting a hardcore rhythm game and ended up with a musical runner.

But on subsequent playthroughs everything really started to click. The music, especially the tracks in between the boss/vocal levels are so perfect, and the game's sense of speed is unrivalled. The synergistic mix of music and visuals I also took for granted on my first playthrough.

At this point, the game is easily my game of the year. I thought Sekiro was a lock but Sayonara really blew me away and surprised me. I'm now trying to get the platinum trophy. I have Gold on all levels and I've found all the hidden collectibles... the rest of the trophies are all tied to the cryptic Zodiac Riddles, which I don't want to spoil by looking up their solutions, though some of them seem very obscure.

I played it first on Switch for the portability but since I loved it so much bought it again on PS4 and damn, the 4K and lack of load times is very noticeable.

While I find the "it's a pop album" comments a touch corny, the one thing I think applies is that like most albums, you kinda have to listen to it a few times to really settle into it. It was erroneous of me to declare I didn't like the game/music after having played through it the one time (ie: about an hour), especially with the short length of the game. I guess I would say if anyone played through it and felt ambivalent about it... maybe try it again? At least for me I'm so glad I did.

I’m kinda waiting for Remedy to connect the worlds of Alan Wake, Control, and Control in some weird way. It feels like Control might give them the ammo they need to link the worlds in an interesting way. I’d kinda like to see it just for the audacity of a Remedy-verse.

I'm gonna chalk up Alex rocking the shotgun from across the hall, fumbling on relatively straightforward puzzles and not reading any of the journal entries he's picked up, as a side effect of having to converse naturally and co-host a quick look, which I know is so much harder to do than it looks.

I really wish the Full HP/Limit break booster was something you could toggle off in the menu. It's great for just breezing through the game or if you're just in it for the story or whatever, but it annihilates the very idea of tension in the game (which, again, can be great, but sucks you can't disable it). It's just so seamlessly baked into the experience that simply not using it seems like an anomaly instead of the default.