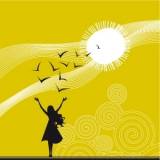 So apparently Shaun White skateboards and even won the X-Games this year, I had no idea.

Anyway after the multi-platform Shaun White Snowboarding and Wii-exclusive SWS World stage that followed that game up Ubisoft Montreal is making a skateboard game starring him.

The following press release does not mention any platform specifications but considering the World Stage was an exclusive it would make sense if this game to only landed on the Wii. I doubt that Ubisoft is willing to take on head to head SKATE 3 and the unavoidable new Tony Hawk game when they can make a game for a platform that has virtually no games of the skateboard genre on it except a half baked version of SKATE, time will tell.

"I can't describe how excited I am about the skateboard game,” said Shaun White. “We've been working on it for a while now and it's ready to melt minds."

The first athlete to win both gold medals in skateboarding and snowboarding at the Summer and Winter X Games, Shaun White brings a unique perspective to development of video games.

“As we’ve just seen at the Olympics, Shaun is a one-of-kind action sports athlete,” said Tony Key, U.S. senior vice president of sales and marketing at Ubisoft. “Shaun’s enthusiasm for skateboarding shines through in this truly unique game.”