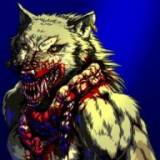 like dark souls 2 alot better than other souls games

Blogging for a quest

yup totally doing this for a quest

You know that feeling when you want something to end but it just keeps going, that is republic heroes. There just isn't much there,its boring, its ugly, jumping from platform to platform is a pain. With good star wars games like force unleashed and lego star wars around, there is really no need for this game to exist other than give people a job. So if you like the show, watch the show, don't get this game.

Man i've had game magazine subscriptions since i was just a little kid, and had g4 for a while but i dumped it because it turned into a bunch of filler, but i really could not identify with the reviewers or hosts. The guys at Giantbomb really look and feel like real gamers or some guys you might hang out with. I don't mean to suck up but this site is awesome new vids everyday, especially  endurance run of persona 4 which reminds me of mystery science theater 3000. I just want to say thank you to all the guys at giant bomb for putting so much work in.