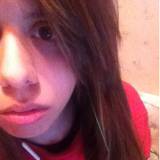 Recently, my boyfriend (fellow duder @liquidmatt) and one of our friends (not a signed up member, but knows of the site) decided to do our own take on an Endurance Run. Due to busy lifestyles etc, we eventually decided that we would play through Final Fantasy 8, on three seperate machines, and chat about it whilst we did so.

Completely aware that this is different from the GB Endurance Runs but it was the best we could come up with under our circumstances.

I have never played FF8 before so went into it completely fresh, liquidmatt had not played it since childhood and therefore remembered very little, and our friend just wanted to play along even though he knows the game well. We have had 3 or four sessions now, each lasting a couple of hours and we're all really enjoying it. It will be interesting to see if I hold out or not though as I have a tendency of not finishing FF games. (I know, I know)

I know others have gone out and done their own Endurance Runs (probably proper ones where you all sit together and play etc) so I was just wondering what your games of choice were and if you finished them or not :)

Shadows of the Damned

Tales from Space: About a Blob

Rachet and Clank : Quest for Booty

FF7 - Half way through, slowly getting there

Where to begin?! and have you guys got a lot of games to finish before the next few big release months?

So I've spent the past few days playing L.A. Noire and I have to say I'm really enjoying it, minus the driving but it'll be over soon and I'll have to face the small pile of unfinished titles in my collection. The first on my list to complete next is Infamous, simply because I purchased it ages ago, traded it back in uncompleted due to not being too keen, aquired it again with the PSN Welcome Back pack and now I've decided to give it a second shot; which it definitely deserves.
I'm pretty sure there's a couple of other great games I'm yet to complete, due to lack of time etc and I need to address that before the release of all those big games at the end of the year.
So the next few games I'll be playing are as follows:

Infamous
Mortal Kombat 9 - Almost finished this, but I need to sit down and make the final push.
Fallout New Vegas - Put off by the glitches but i'm willing to give it a second chance now it's been patched.
Rachet & Clank: Quest for Booty - Recently aquired, but yet to even play.
PixelJunk Shooter 2

Any of you guys got a backlog you need to clear?

Can anyone recommend some good DS games?

I've recently decided I want to play some more DS games after having quite a long break from them.
I own nearly all the Pokémon games, and most of the Zelda and Mario ones so I'm at a loss as to what to get next, can anyone suggest some decent games for me?
My DS is a DS Lite, none of that fancy 3D business ;)

Edit: I also have most of the Final Fantasy/Kingdom Hearts games/Scribblenauts!
Thanks :)