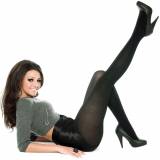 Just Dance 4 - Tips for Leveling Out

The new Just Dance games has a somewhat different format than previous in terms of level progression. Previously point were giving only on stars gained but now points are given by achieving certain amounts of feats as well. Here are a few suggestions:

1. It might be better to practice a bit first at each song before heading for the 3 star level. When you find the (2X) icon, you will get two times songs from that song, including for the feats, so if you achieve a feat at (2X) then it is going to add up pretty fast. Feats are visible by scrolling down on each song to look at the feats screen.

2. If you have two remotes and and can handle try running nearly identical songs with one in each hand. I found this worked especially well on Oops I did it Again where the moves were nearly identical, and the song easy to master. So with 5 stars on dominant hand and 1-2 stars on non dominant per song it adds up pretty quickly.

3. In terms of the workout regimes, they go for two times points as well. One of the feats on each routine is to make intense for all songs. If you find you are not getting to intense on a song, vigourously shaking the remote will simulate more output (well it is more output) and will push you back to intense.

4. The (2X) bonus resets every time you dance a song. Sometimes all the (2X) reset and sometimes only the song from which you just danced. Make sure to check every time for all songs in the sequence.

Also I think it is worth noting that the rewards for leveling up are rewarded by choosing from a spinning wheel. There is no real benefit to choosing new avatars unless you really want one. It is possible to modify avatars as well in already existing user profiles. I deleted an older version of myself to start over when I didn't need to. There are 36 levels in all.

I just ran across this today while doing research for a research essay - the history of pong!

Its pretty simple, set up the Wii, set up the wireless feature to access the internet, set up a new youtube account and start scouring for exercise videos and adding them to favourites. Then all the online videos can be accesses on tv screen as opposed to computer screen, and exercise fun has begun