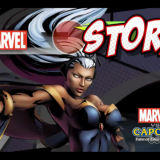 @jhazzroucher: I can go either or, though I think I like Storm without the cape better. My all time favorite storm is when she had the Mohawk outfit, but long hair.

I like it too but the mohawk hair is more awesome for me.

I added more info on the first post. @jkuc316 said:

I disagree. There is only one proper answer to this.

yeah! Did any other superhero get a metascore of 96/95? He clearly should have won Best Superhero EVER!

I know he's like the greatest comics character as of the moment, but there were only a few of Batman fans who didn't ignore the poll. Perhaps next year, more comicvine members will participate.

Storm led the voting poll with 196 pts, 27 points ahead against #2 Superman who accumulated 169 points. Morphues, Spider-Man, The Phantom, Aquaman and Thing followed behind.

160 comic characters were nominated from different publishers and more than 80 Comic Vine members participated the poll. The poll was conducted by a group of Comic Vine members to have and start the site's annual popularity poll.

Here's the link to see the complete list (first post of the thread) and how and who voted: http://www.comicvine.com/forums/gen-discussion/1/comic-vines-top-100-superheroes-2011/632429/

Storm is currently leading a team starting in X-men #20 (November2011) and will soon become a member of The Avengers in Avengers #21(January 2012).

-Storm holds the record for a female comic character of Marvel Comics that has the most number of appearances in cartoon series including: Pryde Of The X-Men, X-Men: The Animated Series, The Amazing Spider-man, Wolverine and The X-Men, X-Men Evolution, X-Men Anime, The Superhero Squad Show, and Black Panther.

-Storm holds the record for a female comic-based character with the most number of appearances in video games (more than 30 games) like X-Men Legends, Marvel vs Capcom, Marvel ultimate Alliance, etc.

-Storm is #2 for a female comic character that has the most number of appearances in comics. Invisible Woman took the top spot as she started appearing since 1961 while Storm's first appearance was on May of 1975. Storm may possibly take the top spot in year 2012.

-Storm holds the records for a black comic character with the most number of appearances in films, cartoon series, comics and video games.

I think Wright is going to be VERY OP

I haven't slept yet and i still have work later

You called Storm a he.

thanks for informing me. i already edited it. : )

After years of waiting, Ororo Munroe will finally become an official member of Avengers starting on January next year.

What will be Storm's role? Is it just taking Thor's part since he'll not be around or will she help Captain America lead the team? That's something we'll have to find out when the issue comes to our hands. : )

i've been online for more than 5hours now.

it's been raining for hours now