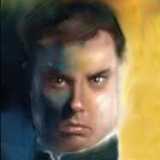 Has anyone been to the weekly events that they've been holding? Today is the first time I'll be going to one of these meetups.

Jared pretty much hit the nail on the head with his comments. Capcom (and other fighting game devs) seem to think these silly mechanics are the way to go to give lesser players a fighting chance, when the main issue is they don't know how to play the game in the first place and the only good way they can learn is to read up stuff on sites like shoryuken.com and tekkenzaibatsu.com or watch tutorials on youtube.

Now, while these are great resources for extra info, it should not mean that these devs get a pass on making the base mechanics of their game incredibly obscure within the game. This isn't like Demon's/Dark Souls beating the mechanics into your head in a rather timely fashion. This is people getting absolutely destroyed in 4 - 10 seconds when playing people better than them and learning nothing about what went wrong because important gameplay mechanics are completely hidden from them.

I've heard rumblings that Sega has a patent on its training mode from Virtua Fighter 4 EVO (which is exactly the kind of thing fighting games so desperately need). VF4 EVO happens to have the most in depth training mode to date where you can break down everything you need right to the frame. If it's true that they have a patent on this thing, it's all up to Skullgirls to show the other devs how it's done. They have made some pretty big claims about having a great tutorial mode.

Either way, great write up Alex. I look forward to seeing how this all plays out.

@DeeGee: That was Champions Online. The not so successful pseudo-follow up made by Cryptic after they split from NC Soft.

This is my personal favorite MMO. The levels of customization are top notch. Sadly, the gameplay doesn't hold up very well though. Would love to see a COH2 with a overhaul to the gameplay while retaining the level of customization. Was hoping to get that out of DC Universe Online. Damn shame that didn't pan out quite so well.

While I personally don't care for the character design, the huge thing I want from this game is a fully featured real tutorial and training mode to help people that don't know what they're doing. The crappy trial modes Capcom has been shoving down our throats is a terrible standard, and most of the devs of these games seem content to hide all the information about how to "really" play these games. It's a very archaic mentality that needs change, and if this game brings forth what was promised in that quick look a while back, I hope they lead the way to opening the eyes of Capcom, Namco, and Neverealm to stop sandbagging on stuff like frame data, command capture, etc...

It's too bad you can't gift XBLA games.