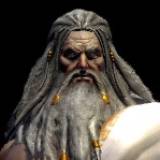 So in all honesty I am not too happy with Dice at this moment.  Their last two games were bleh IMO.  Many points i can bring up from over use of recon, sitting 1 mile away and blasting away at people who are actually doing the objective.  To waiting for a teammate to die so I could get in a way overpowered vehicle that could get me a 10+ kill streak.  However very many people like the Battlefield franchise which i have played only a fraction of BF2.  Also in an article I read Dice said that BC2 was just a project that they didn't expect the financial outcome of it.  Leading to them hurrying dlc.

Looking at MW3, it was originally going to be developed by IW but recently their big wigs were fired, leaving Activision with the only solution of hiring two separate devs to finish what original IW started.  This could end bad or very good.  Both the devs made decent games in their past, but under Activision what they can do will be very limited leaving anywhere from a cut and paste squeal to some decent changes but nothing to drastic that would god forbid freshen the franchise up.  They are also using the Mw2 engine which is good remembering MW2 graphics were much better then in Treyarch's recent release Black ops.

So my solution to this problem is either get both, get neither or wait for player and critic reviews on both.  With both Resistance 3 and Uncharted 3 (my 2 all time favorite franchises) coming out only weeks before both games I have to say that I will preorder Resistance 3, uncharted 3 and wait for critic and player reviews on both MW3 and BF3...

What are you guys honestly planning to do?...
31 Comments

Since alot of people care about the level system I have finally decided to take time to work on it.

So the latest games that I have bought "day one", I have noticed fall apart with server issues, in-game problems, trophy issues, freezing, lack of content ect.  I went through the games and thought about something,  they are all Multi-platform games that I have HUGE problems with.  That I almost never have these problems with exclusive games.

From now on I will never buy multiplatform games on "day one" without a good reason to. (such as no multiplayer)  I will from now on wait for reviews and others opinions to decide if I should get the game.

I also understand that games such as BBC2 will probably be fixed soon but when problems reach the point where a game is incapable of playing because of server issues then a "day one" buy is not an option.