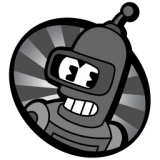 I hate the term because it's usually used as a marketing tool (BRINGING THE GAME BACK TO THE GAMERS) or as some weird community term (Gamers are just normal people, yo!). It's an awful word because "game" is not really a verb: I don't game games, I play them. Even if it were an appropriate verb, nounifying verbs like that in general make me think of careers and other defining traits: Someone who practices law is a lawyer, someone who drums is a drummer, and someone who designs is a designer. The aspect of playing games is not nearly as defining to me as any of those words. I consider myself an avid fan of movies and music, but I don't have any job with those aside from partaking of them. Therefore, I would call myself a "music snob" or a "film aficionado", or similar words with less dedication. Perhaps if I was, say, a professional player of games I would call myself a gamer, but I am nowhere close. I play guitar, but I'm not nearly good enough to call myself a guitarist.

If the term is as vague as you describe, however, then just saying someone is a "gamer" means very little, in the same sense that saying someone is a "television viewer" or "instrument player" mean very little. It would need to be prefaced with some kind of narrowing adjective like "dedicated", "avid", or *shudder* something like "hardcore" or "casual".

@ajamafalous: Yeah, Eternal Sunshine kind of perplexes me. It has some kind of ugly moments in its middle, but it's a beautiful film that's great to rewatch after you know how its structure actually works. I watch it just about every Valentine's Day.

I've said it before and I'll say it again: The next Mass Effect needs to basically just be Firefly and follow a team of space outlaws and smugglers.

1. Persona 4
2. Shadow of the Colossus
3. Knights of the Old Republic.

Chrono Trigger is probably the best choice. However, if you have a GBA then I would recommend checking out the Golden Sun series, which are relatively short for the genre, easy, have amazing music, a pretty good story, memorable characters, and a simple, but interesting combat system. Then move into Final Fantasy VI. I haven't really played FFX, but I did watch my brother play through around half of it: It generally has an interesting story and some addictive JRPG tropes, but it also dives right into the genre's corniness. I would vote against starting with it.

@mason20: You're definitely right, but there are still a lot of great shows with much more intellectual value than the average video game. Hell, I can't think of many games that are more thought provoking than a show like 24, let alone the bounty of golden age shows we have access to today (Breaking Bad, The Wire, Mad Men, Slings and Arrows, Community, True Detective, etc). I think that if someone says they marathoned through a season of Duck Dynasty, they would (or at least should) be looked down upon about as much as someone who says they played a few hours of Call of Duty.

It's a very time-consuming activity, and one that is either very isolating (playing a long story-based game) or having very little intellectual value (multiplayer). Video games are seen by society as just games, which is true in the vast majority of situations. Movies, TV shows, and novels can be as dumb as video games, but they are generally of a higher intellectual quality than most video games. Strong story-based games are on the rise, but thought-provoking games are not nearly as mainstream or plentiful as those in other mediums. Video games--especially those seen by society--are just games, and therefore but a waste of time.

Is there any mythology page for the Blue run or any particularly interesting/ridiculous parts of the run? It's an impressive feat they accomplished, but with fewer people participating and therefore fewer mistakes it just doesn't seem as fun.

Order changes, but this is generally pretty representative. I sure need to watch more Kubrick, though.