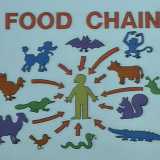 It's been a long time since my last blog and for good reason. I've been working like a mad man and videogames don't pay the bills or license my profession. I'd like to write more and say more and contribute something meaningful, but in all honesty, I just don't have the time. My life will continue on this path for the next 5.5 years until I finish residency and then we'll see what the world looks like. But this is a good weekend, my first weekend off in a long time, and I want to have some fun. Here's how I plan to do that: