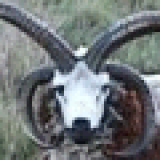 I can delete items from lists now, so I can remove games I've since acquired from my wish list. :)

Reordering doesn't work yet though, neither with the move-one-up/down buttons or by typing a number into the box.

Really? Still not working for me. What browser are you doing this on?

Sorry for the slow reply, first of all. I'm using Firefox, but I'm clicking the "Remove" button right now, and can't get it to work by clicking it any more. No clue why it worked before, maybe they're still tweaking things to get it fixed. I do remember I had to click multiple times before it worked last time.

Better news: I tried "Tab"bing through the up arrow and down arrow buttons, to the "Remove" button, and activating it with Space on my keyboard, and that works. :) (Tab, Shift + Tab, and Space, are common keyboard controls for navigating forms.) Saving the list updates it properly, so yeah, deleting items is in fact possible. Sorting items seems to work, but again after saving, you get the error page and the list didn't actually get saved. Deleting multiple items before saving might be equivalent to re-ordering, so that might not work, but I don't feel like testing. I'll just wait until it's fixed.

I can delete items from lists now, so I can remove games I've since acquired from my wish list. :)
Reordering doesn't work yet though, neither with the move-one-up/down buttons or by typing a number into the box.

I'm guessing everybody has this problem, but in case not: I have this problem as well. I also figured out adding new items works, adding custom descriptions works, but resorting doesn't (or rather the saving afterwards doesn't). The sorting buttons don't respond, nor does the delete button. Simply typing the number of the place you want an item doesn't seem to work, but it does make your item move as requested. Of course this us all moot until the saving part is fixed. Thanks in advance for fixing!

I completely agree with Raven10's post; such an Alien game would/could/should be awesome!

I do still believe it's technically possible to make an second film-inspired Aliens shooter that is a really good game, even if Colonial Marines (yet to play) didn't accomplish to be that.

I happened to find this on Kickstarter myself by accident just now, but I probably would have found out about it elsewhere soon enough otherwise. I certainly hope this will be advertised enough, because this game deserves to be made.

It seems I am the only one not impressed by this talk, which surprises me. The title "The Path to Better Touch Controls" suggest a solution, or at least a direction, but the conclusion is that we have to think about it. Well, that's not particularly informative...

I have to admit I knew the word proprioception, but if you've ever thought about your senses consciously, you should already be familiar with the concept at least.

Otherwise the main point of this talk was apparently: the controls need to work as you expect them to for a game to be good. Didn't everyboy who played a game with bad controls figure that out already? Isn't it immediately obvious what the problem is with virtual analogue sticks after you've played a few games with them? Gage says games with good controls are succesful, but again the other way around, basically the same thing here, does it surprise any gamer that games with bad controls are not?

Super Meat Boy is hard, but because the controls are right, it's still a good game. Of course there are examples where the difficulty comes from having the fight the controls, at least at first: QWOP, Enviro-Bear, and Octodad). But those games actually embrace that as a core gameplay mechanic. Of course that doesn't mean they are not still frustrating at times.

According to Gage games with unique controls tend to have more success, which I didn't know. I'm curious which games he has in mind. Hopefully there will be a video of this talk somewhere.

I read the title and thought this article was about this http://www.theverge.com/2012/3/5/2847418/skin-stretch-controller-video-game-feedback I'm interested in seeing where this tech goes

That is interesting; thanks for the link!

You can look up the full soundtrack on the SSX Facebook page: http://www.facebook.com/easportsssx There's also a music player to check out what the other songs sound like. I'm too lazy to look up the demo stuff myself though.

I don't know if I can or not but I figured it was worth a shot and tried.  They don't take up much space and if it works it will give me something to play in addition to Uncharted on the Vita.

So did you get it to work? How?
I managed to download the PS3 games using the method mentioned near the end of this FAQ:
http://blog.us.playstation.com/2011/06/03/welcome-back/
I opened the PS Store, selected Welcome Back, and downloaded the games I wanted.
I remember I needed to download a main Welcome Back thing before it let me download the actual games.

The Welcome Back section currently only shows "PlayStation Plus", which groups a bunch of PS Plus offers.
I can understand the free PS3 games aren't listed there any more, but there are no free PSP games there either.

There is supposed to be an alternative way if a download failed:
On your XMB, go: PlayStation Network > Account Management > Services List > SCEA Promotion.
Actually on my PS3 (Europe) there is "PlayStation Network Promoties" and inside it "Gratis PlayStation 3 Games".
There is no "Gratis PSP Games" there.

Now what?
Again, thanks for any help! :)

You can play PSP games on your PS3.  For getting them on your Vite. Just sign into your PSN on the Vita and it should work.

There are the so called "PlayStation Minis" which are PSP games, most of which you can also play on your PS3.
Everything that isn't a Mini won't work.
My problem isn't getting them on a PSP or Vita, but getting the licenses before that.
11 years ago

Apparently I can pick a couple of PSP games and download them for free because of the big PSN outage.
(I already downloaded my free PS3 games; nice!)
Now I don't own a PSP at the moment, but I wouldn't mind having the licenses to some PSP games tied to my PSN account.
Especially with the NGP... Vita coming, which looks interesting enough to consider, and which I believe is backwards compatible.
My PSN account knows I don't have a PSP, so it doesn't let me do that.

In this case, would I have to buy a PSP, log in with my PSN account, and start the downloads to get the licenses?
From what I gather, licenses are tied to accounts, and can be used on up to 3 PSPs.
Is it possible to have multiple accounts on a single PSP?
That would mean I'd only have to find someone with a PSP willing to temporarily let me add my account (and game licenses) to his PSP, right?
Maybe it's more like connecting a PSP to a single PS3?

Actually I might already be too late asking this, but either way I'm curious.
Thanks for any enlightenment! :)

#10  Edited By Retodon8
@Mordebir: Good to hear that.
I just re-watched the Tomb Raider interview, and that got me to 2/3 as well.
11 years ago