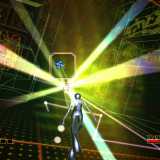 Just a heads up, my inFAMOUS review just went up on Endsights. Definitely give it a look if you're debating whether or not this game's for you.
Check it out here: http://www.endsights.com/2009/05/25/infamous-review-ps3/
7 Comments

I made a video blog!

Yep. I finally made another video blog. Sorry I look like a bum - I just woke up. Enjoy!

It's a video blog! from Chuck Waltz on Vimeo.

So I've been playing some games lately...

1. I finished up Resident Evil 4 last week sometime. And it was terrific. I can't believe I held out on playing that one for so long because it's now right on par with Dead Space in my book for best survival horror game of all time. Playing through Resident Evil 4 has in turn got me extremely excited for Resident Evil 5 now. I know it doesn't come out until mid March, but I can't help but have that one on my mind. The demo comes out tomorrow (or tonight, I might stay up to play it) so that will most likely wet my appetite even more.
2. I got Prince of Persia yesterday. Played it for about an hour last night before nearly falling asleep at the controller (because of being tired not boredom). Then I started playing again today at about 11:00am and pretty much played through the entire game in one sitting finishing up about 8:00pm. So it took somewhere around 10 hours for me to finish. I personally love the game. I saw GameSpot's review for it and I think an 8.0 is a little low to be honest. It deserves something more in the 8.5 or 9.0 range in my opinion. You have probably all seen the art style and maybe thought it was nice looking, but damn, when you see it in action it's breathtaking. Everything about the game is just gorgeous. The gameplay is also great, but it has a few problems. The main problem is the lack of variety in gameplay. You'll find yourself getting a little bored with the platforming and combat from time to time but obviously not too bored because I stayed hooked enough to finish it all is basically one sitting. Also, it's pretty generous on the points side of things. I got something like 550 achievement points just playing through the story without going out of my way to get any extra achievements. So yeah, I definitely recommend playing Prince of Persia. It's a game that's going to stick with me for quite a while.
3. I've been playing more Mortal Kombat vs. DC Universe. I finished up both of the story modes and have moved on to playing online. And like pretty much every fighting game, that's where the fun is at. When you get matched up with someone of similar skill as you it's a blast. Personally, I'm not all that good at it yet, but I think my Scorpion skills are getting comprable to most people's that I play against. Oh, and I got to play against the dude at #1 on the leaderboards and got completely destroyed. It was awesome seeing someone that crazy good at Mortal Kombat.
4. Been playing more Horde mode of Gears 2 with some friends as well. It's still awesome.
And that's about it. Other than that, I'm just finishing up my classes and getting ready for a month of solid gaming come Christmas Break. I'm looking forward to finally playing through Fallout 3, Fable 2, Far Cry 2, and some other games.
Cya guys, and keep gaming!
3 Comments

Well to start this off, it's Thanksgiving break. Thank God. It's time to relax and unwind a bit.

So I've been playing some Left 4 Dead.

I decided to pick up Left 4 Dead on the PC after all. I was talking to some of my friends and they all said we should go that way and I quickly agreed. It runs like gold on my PC and is tons of fun. I've been playing it with some friends of mine and my roomate and I can see myself sinking a lot of time into it. It's not nearly as fun by yourself, though as you can probably guess. I do have a couple complaints though...

1. There aren't enough guns. There's maybe 10 total and it gets a little repetitive using the same gun every time you play.
2. There aren't enough levels. I've beaten 3 of 4 scenarios already, but that's not too bad because they surely have a ton of replayability.
3. And lastly, I couldn't get the voice stuff to work too well. But that's my problem and I'm sure it'll be working soon.
I think PC is the way to go if you have a PC that can run it nice and smooth. Which is most recentish PCs.
I played the multiplayer a bit too. It is totally awesome, but it takes some time. So if you plan on playing, make sure you have a good hour or two to devote. Otherwise when you leave, you kinda screw everyone else because then they're just playing against bots.
But overall, it's one hell of a game. It's fun as hell to just blast throuhg waves of zombos and I can't wait to dive in some more tomorrow.
Oh, and NXE. Can't wait.
5 Comments

Like everyone else on this planet, I got Gears of War 2 on Friday, and it is incredible. I played a bunch of the single player and some multiplayer last night and then woke up early and hammered through the rest of the campaign. I can assure you that everything you've heard about it is true. So it's awesome. The story was much more intriguing than the first, the graphics look a whole hell of a lot better, there's texture pop in pretty regularly but it isn't nearly enough to bother you, and it's not just Gears 1.5. Oh, and Marcus' scar looks disgusting. I do have to give mad props to Horde mode. My roomate and I put it on casual and got to wave 40 before getting sleepy and calling it a night and it was hella fun. If only there were a zombie game with the exact same premise... only you could barricade stuff... one can dream, right? Anyways, yeah Gears 2 is one hell of a game and I have a feeling it'll be what people are playing on Xbox Live for a long time to come. I know it'll be my go to multiplayer game. So go buy it  if by some miracle you haven't already. You'll like it. Unless you didn't like the first Gears. But who didn't?

Mirror's Edge is next. Can't wait. Oh, and Wrath of the Lich King comes out the same day. Dunno how much time that'll be getting though with this stack of unplayed games sitting next to me.
Then Left 4 Dead. Hell yes.
4 Comments

It just hit me how awesome this weekend is going to be.
7 Comments

Things are getting a bit crazy...

-There are so many damn games coming out! Ahhh! No doubt is it awesome, but damn I can't keep up. This whole college thing is taking up way too much of my time and it's starting to take a toll on me. Any ideas to relieve stress?...

-I have Fable 2, Far Cry 2, Dead Space, Fallout 3, and LittleBigPlanet all sitting next to me with only LittleBigPlanet even being unsealed. It's pretty damn rediculous how little time I have for anything but school work these days.
-On top of it all, my 360 RROD'd today. That didn't help my mood. The best part about it is that my old 360 was first gen meaning the warranty was no good anymore. So I had some fun tearing that apart. Went and blew all of my money on a 60gb console. I almost went for the elite...but...it's black...eew. And $100 more...
-Pretty damn tight on money over here now. I had all my games perfectly planned out to buy with my budget, but looks like I might have to wait on MK vs. DC and C&C: Red Alert 3.
-I'll be getting Gears 2, Left4Dead, and Mirror's Edge for sure though.
-And Prince of Persia. The TGS trailer sold me on it. If you haven't seen it you should. I watched it like 10 times.
-Another thing that's holding me back from playing these games is I don't wanna feel rushed on any of them. Especially Dead Space. And with my time constraints at the moment, there's no way I could just sit back, relax and enjoy the ride.
-I did play through all of the LBP story mode. Gotta say I liked it quite a bit. Wish the servers were up though...That game is perfect for short gaming sessions.
-Christmas break is gonna be glorious.
-And I want the NXE pretty bad.
-Alright, I got what I needed to off my chest. Now back to staring at my wallet and trying to figure out how I can afford all of these damn games.
5 Comments

I think it's about time for an update.

So it's been a little while since i've let you guys know what I've been up to, and what's a better time than now?

To start, I went out and got some games recently...
-First up is Star Wars: The Force Unleashed, and if you look down a few posts below this one, you'll see my impressions on it. In a nutshell, it was a terrific experience even with the bugs everyone keeps complaining about.
-Next, in a kind of spur of the moment ordeal I picked up Warhammer Online: Age of Reckoning. I'll admit I'm having a lot of fun with it, though I'm not sure how long i'll be playing it. It just has so many things in it that just annoy the hell out of me that are hard to look past. For one, the animations look terrible. More often than not they won't even show up when you use an ability, and when they do they look rediculous. Another beef I have with it is the graphics are just disappointing. Now i'm not saying they need to go ahead and put in anti-aliasing and all of that because I understand they want a lot of systems to be able to run it, but it really needs some more artistical style. It's so bland. I have some more beefs with it but I won't get too into it here. I am enjoying it for the most part, though. But what it's doing to me is making me want to go play World of Warcraft again... Hmm... No, I refuse to lose another two years of my life. Though those two years were pretty damn fun even though they were spent in a virtual fantasy world...
-Also, I picked up Crysis Warhead and Spore on the same day I got Warhammer. I put in Crysis just to see how it ran, and it seems to run pretty damn good on my machine. Better than the first Crysis, but I wouldn't say by much. Haven't gotten around to actually diving into that, though mostly due to Warhammer.
-But I did play some Spore tonight finally. I had been putting it off for a while, but finally got around to it. Got through the tribal stage in one sitting and am looking forward to starting the civilization stage soon. I wasn't a fan of the tribal stage, though. But the game's charm kept me trucking through. I'm having a lot of fun with it. And it seems like one of those games I'm going to want to play over and over to try out new things. But it's hard to tell when I'll get around to that given the holiday rush is ensuing.
-Oh, and I got Pure but haven't even put it in my 360 yet. Eh, I'll get around to it.
-Alrighty I'll talk to you guys in a bit. (And I'm still planning on doing a video blog but I don't know when yet...)
4 Comments