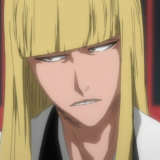 I went into the theater with excitement and mystery because I was interested in the comic for awhile now but never got around to reading. Mind you I know detailed information about the characters, story, ect. Once I found out that Zack Snyder was directing the film I immediately began to believe the movie would be phenomenal like "300" which is one of my favorite movie of all time. The honest truth, its not. It fell WAY below my expectations.

First off the movie itself is long. Easily pushing the 3 hour mark. How can a movie three hours long still not include key information from the source material? The music and such was hit or miss. Some tracks matched almost to well to the scene. Others however didnt and made the scene weird in a strange way. I did like the very, very few fight scenes in the movie even though they were overly gorey. Im one that loves violence and gore in my TV shows, movies, or games but it felt almost wrong in the movie.

Out of all the characters in the movie only a few stood out. Rorschach was the only character I honestly liked in the movie. The Silk Spector was terrible. She wanted one thing through-out the whole movie, see craved the dick. Thats it. She couldn't get it from Dr. Manhattan so she moved on to Night Owl. Ozymandias was a pretty interesting "bad guy". I put that in quotes because its really up to the viewer how you perceive the events that unfold. You'll either agree or disagree with his methods. Other than that every other character seemed pretty bland and boring. I did like how The Comedian and his whole montra.


THe special effects were great but stunts made the character look like a cheezy marvel character. For example the way Night Owl jumped down from Archie with his cape stretched like Batman or soemthing. Since these guys are just normal humans, how about they act like a normal human would?


Anyway, I would give this movie 2.5/5. It was a poorly done movie in general. If you like the source material, you probably wont like this movie. And for the audience who doesnt even know there is a graphic novel, this movie definently ISNT for you.

This blog is the place I need to vent my excitement for Guriella Games big upcoming shooter, Killzone 2. I'll update this blog continuously with links to videos and such I find around the web over the next few days. For example, heres a video on Gametrailers regarding the class system on KZ. This is the first in a series and talks about the Assualt Badge.

LINKY
As I said before check back frequently and feel free to comment!
2 Comments

I just finished watching the videogame awards that was streamable on IGN. It was good to see familiar faces that I havent seen in years. Such as Phil Harrision, who used to be the figure head of the PS3 but moved on to Atari. For those of you who missed the awards I have a list of most of the winners. The list is as follows: