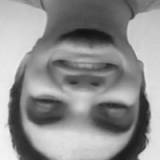 He was an industry icon back in the early 90's and became a mascot without a cause in less than a decade. Sonic games were direct competitors to Mario games. Wanted to be cool and say Nintendo was too kiddy in 1992? You would buy a Genesis and play good' ol Sonic game.

But all of that changed. The 32 - 64 bit era came and destroyed the blue hedgehog. While Mario successfully did his thing, Sonic's 3D adventure didn't turn out too good. Clunky controls, repetitive game-play and lack of speed were the new thing for Sonic. The franchise tried to redeem itself with Sonic Adventure for the Dreamcast and while it gave gamers some hope it was the numerous spin-offs coupled with bad main games that started spelling doom for the hedgehog.

My belief is that Sega doesn't know what to do with their mascot. The answer seems obvious ( bring it back to it's roots, speed, fun, variety) but they don't seem to grasp it. Instead they've given Sonic weapons, genies and very very bad controls. And now to kill it all he's being unleashed in the form of a Sonic + Werewolf abomination thingie. God help us, God help this franchise.