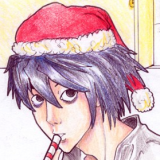 Rigs (to break or not to break) The heart breaking realization

So when I have my gaming rig my 360 red rings. I get my new 360 then my Rig motherboard goes despite just building it. All of this has already been blabbed enough on the net but the point of this one is to introduce The xbox 360 and PC Gaming Rigs other cousin. My Recording Rig. A simple little Laptop I use as a server that is the only thing I have compatible with my Capture Device. Recently I got it working again and have created a new film based in the game Soul Calibur 4 and it's titled "Who touched my Wand?"

Another thing to add is all the pictures captured by the device. I thought, HEY I can submit these to  Giant Bomb! and so I am. :P

Blogs Created:
1 blog
Most Commented blog:
Rigs (to break or not to break) The heart breaking realization
Total Comments on blogs:
2 comments