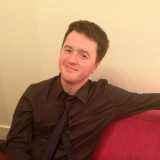 If any of you were around for the old days at Screened, you'll recall that we used to run a contest called Box Office Winners League when we got the feeling to do so. It's a simple premise: guess how much money a movie is going to make in a given weekend, and if you're the closest guess, you win! There's a bit of skill in it, since box office is roughly predictable, and there are tracking companies that are paid quite a bit to do so, but there's also a lot of luck, since almost no one is able to consistently guess a box office weekend with any degree of accuracy or precision.

We'll have prizes for one premium member and a non-premium winner (a month of premium).

This movie's probably gonna blow! The review embargo is up today, so it'll be fun to see where they wind up landing. I wouldn't be surprised if the Rotten Tomato ranking is anywhere between -10% or 85%! If it's any better than that I will be very, very surprised indeed, but then, Skyfall wound up at 93%, so people are pretty dumb sometimes.

1. Guess how much money Batman V. Superman will make in its opening weekend in the U.S. We'll count all the money it makes through the Sunday after it comes out, which includes the Wednesday/Thursday night previews. Just throw it in as a reply to this post, e.g.: $56.79 million (be as specific as you like).

2. Make your guesses as a reply to this thread, and make sure that they're in by Thursday at 9 PM PST/Midnight EST/whatever crazy clock time you have in your crazy timezone. I won't count anything after that. IMPORTANT NOTE: Any post that is labelled as "edited" will be disqualified. If you want to change your vote, delete your original post and make a new one, up until the time limit. Just don't make a million posts trying to read the tea leaves; keep it to two or three at most.