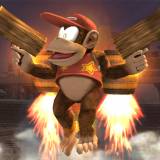 An avid core gamer that started in my early years with the SNES. The first console I came to own was the "Pikachu Edition" GameBoy Colour which came with Pokemon Silver.  Missed out on the N64 era, but eventually got to play most of the classics. Next gen I owned a PS2 and later on, the Nintendo GameCube. Currently still own the PS2 along with a Nintendo Wii, and just recently, a Xbox 360.