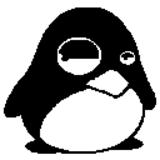 I am the Walrus - The Beatles: Rock Band Review 0

When I was growing up, my mom never sang lullabies to me but Top 40 songs which included a lot of The Beatles. I was unfortunate to hear the band live or see them in their prime. I am fortunate to have picked up The Beatles: Rock Band for the Xbox 360 and having a hard time putting it down.This game covers the songs they played and historical events they took place in. The songs are memorable and any rock fan should know some of their work. Seeing the graphical reenactment of playing in Shea St...

When you think Final Fantasy, you remember long story lines, big battles (cut scenes or player battles) and evil villains who are overly insane at times. What you don’t think about one-on-one battles between friend or foe, achievements for accomplishing a goal and a RPG like fighter. Dissidia: Final Fantasy is that game you haven’t thought about and didn’t disappoint with its release to the PSP. Coming up with a reason for all these characters in one game is probably every fans question. The st...

This Isn’t A Toy: Prototype Review 0

With more and more open world and sandbox games coming out, gamers know what works and does not work when using it. Prototype is the newest game using an open world setting and the formula it developed for it’s story and gameplay is what makes it a correct answer for gamers to enjoy. The game starts with the main character introducing himself as Alex Mercer and you also see the city which happens to be NYC. Something happened to cause the city to be infected with something and he too has somethi...

Many RPG’s only take on a story from one side of the picture. In this game, we see one story combining many worlds to a soul world which is in danger. This might seem interesting at first but the sounds, graphics and story make this game a toss up for gamers to enjoy or dislike. The story is unusual to say the least when it explains to you that many ‘thoughts’ are accepted or repelled and that this ‘world’ (that you don’t know about) will welcome any ‘thoughts’. From there, this world welcomed b...

The game showed promise but had more bad moments 0

This game is no Ninja Gaiden that was release in 2004 for the XBOX but it should fill any void you might need until later this 2009 year. The game takes you six years into the future, 2015, when a small village in Japan gets attacked by weird creators. Survivors of the attack were moved for research and the original site became known as the “Alpha-Site”. Researchers find that the creators infected the survivors as their skin starts to decay. Also, the survivors start to gain strength, resilient ...

TD:DS provides fun and body parts all over your TV screen 0

If you are new to the XBox Live community, you might not know about Microsoft's "Dream, Build, Play" competition held in 2007. Entries from all over the world entered including the game on review right now. Ska Studio (who consists of just James Silva) developed this and was one of the winners in that years competition. Now it is out and I could not be happier with the release. The game is unusual in the story, game design and development. Lets start off with the story. This isn't the games st...

The Street Fighter series can be arguably one of the better series to come out for the fighting genre. Though they drove the series into the ground when it comes to the same game but with different 'things' added to it (new characters, added super abilities, etc...). The series seemed lost with no hope of returning after Street Fighter III came out. When word of Street Fighter IV was circling around, I don't think anyone was expecting the game to be what it is now. The trailers and gameplay vid...