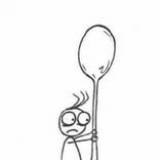 Memorable ones for me are Portal (doing both 360 and PC was fun), Mass Effect, and of course CoD4.

Mile High Club is quite common but still one I remember quite well. I think the name does it for me.

3. Legend of Zelda: Ocarina of Time

There hasn't been a new good GB quest in quite some time.

Tequila: Gran Centenario Anjeo - blows everything short of $50 away at half the price. Casa Noble.

Scotch: Balvenie, Glenmorangie, Aberlour..... I'm good with most Highland and Speyside distilleries. Single malt is the only way to go.

The first two games went on a steam sale for like $5 per game tops.... $60 for three games sounds like a terrible deal.

I don't have milk with my cereal, but I do like having a little bit of cereal with my bowl of milk.

But yes, as the majority of this thread states, you're a monster if you don't drink all that glorious milk.

@LordXavierBritish: By all means I'm not totally against it, but everybody in this thread has valid points on potential issues. I think the problems with the realities of implementing the idea are the biggest reason why at least some people in here wouldn't play in perma-death mode.

Sorry it's hard for me to articulate but I'm trying to say that a perma-death mmo would have to be designed so differently it's hard to imagine what it would be like in comparison to anything we have. I think I'd have more fun with a 1-10 person perma-death game that I could adventure in that was more like Skyrim. I don't need massive if the pay off isn't there. It'd be more like a D&D crew rolling through a world instead of just a bunch of randoms.

P much this, too.

Eh.... I understand the potential appeal, but the amount of broken computers and keyboards from the rage that would ensue would be pretty terrible. It was always bad news if you played D2 hardcore, then just happened to lag for half a second when Lister the Tormentor spawned, only to find yourself suddenly lacking a character you poured many hours and many, many pounds of love and care into.