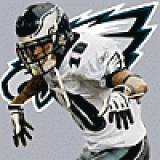 So, after getting slaughtered because of my negative opinions in my last blog, I'm going to go for something slightly more light hearted :).

The good in L4D heavily outweights the bad, so if you have the money and some friends. L4D is a must have.

This Christmas I'm looking forward to...

Heres a list of some games that I'm hoping to get for my birthday or Christmas this year, realistically I'll only be able to afford a few so your thoughts are more than welcome.
I've always been a fan of wrestling and wrestling games. I used to get these annually up until SVR 2007 which was pretty terrible, but I quite recently rented SVR 08 and really enjoyed it which has re-established my faith in the series. SVR09's emphasis on tag teams has also grabbed my attention, me and my mate Jack used to play the games together all the time and we're both picking it up this Christmas.
I'll be honest, I have only started to want this game pretty recently. I didn't think this game would work at all in 1st person but was pleasantly surprised by the demo, playing the demo the first thing I noticed was the sense of immersion I got from playing as Faith. Running around and jumping form rooftop to rooftop felt amazing and the style of the game kinda reminded me of Mark Ecko's Getting Up.
I want this game purely off my love for the original, my mate Dan's dad lent him an Xbox for a little while and as we went to each others houses almost everyday I quickly found myself playing this game. I couldn't get enough of it, and now knowing that Fable 2 is pretty much more of the same but improved I don't think I can resist.
I have Sean to thank for this one. Ever since I saw some screenshots and discussed the themes, gameplay and plot with Sean I've been pretty interested in this one. I like the concept of having to take more care with your AI partners because when they are gone, they are gone forever.
Something Oblivion has recently shown me (Imperial City = Ghost town).
The last Midnight Club game I played was 3 for my PS2 and I was crazy about it, unfortunately my sexy sexy love affair with this game came to an end when it got really scratched at a mates house. So I'm hoping I'll be able to pick up the sequel this December.

There's no question about me picking up L4D this Christmas and I don't think I need to go into much detail about it, seeing as the people I'll be playing it with have wrote more than enough about it. What I will say is I really can't wait to play it with ma boys! Its just a laugh and a great time, now just to decide whether to get it for Christmas or for my birthday.

Just watching the TV whilst writing this and I've seen Fable 2 for only £19.99 at Gamestation, its starting to look like a pretty sweet deal right now.
I haven't done a proper blog in a long while so I think I'll do them now monthly or whenever I feel the need to type up how awesome I am at games =p.
So what do ya' think I should get?
And what are you after this Christmas???

From this trailer I'm really excited, I've played every Pokemon game ever made and they just keep getting better. It looks like this one is going to be based around Giratina.

You can find the trailer
Here
6 Comments

Hi, I'm Ben. I prefer RPG's and Shooters generally but I enjoy everything as long as its fun to play. I don't like losing even though it happens more than I'd like, I love playing with friends online and getting mates round to play Madden and watch me complete Eternal Sonata (haha). My first consoles was a SNES where I played DK Country 2 and Star Wing, then moved on to a PS (missing out on every good game for it basically), then a GBC, then a Gamecube, PS2, PSP, 360, DS.
My Gamertag is 'Ben Stokes' so add me if you feel like getting owned.
And I wish I could explain why this text is in the middle =)
2 Comments

Moving on to bigger and better things

I'm really happy this site is finally out there and am really looking forward to getting to know some new people and seeing old friends coming over to Giant Bomb.
So heres to Jeff, Ryan, Brad and Vinny for making such an awesome site! (Kane and Lynch can't be all the bad if it led to this)
So if you know me or don't, feel free to add me to your friends and lets play some games together!
You can expect a new blog soon on my first impressions of the site and a more detailed look at things.
See you guys later!
5 Comments