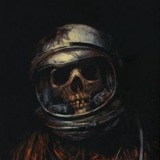 I agree, RE2 is the most talked about followed by Athem.

I currently have Resident Evil 2 (PC) and The Division 2 (Xbox One) pre-ordered. I'm hopeful that Anthem will be a big hit but I refuse to purchase until I see reviews. I'm also hopeful in The Last of Us Part 2, Death Stranding, and Cyberpunk release in 2019.

Other Games on My Radar:

Wow, thanks everyone for the replies, opinions, and votes.

@mambogator: That's exactly me. I have played every pc game that I've purchased in the last 2-3 years with a controller because I mainly play single player on PC. I have my pc connected to both my monitor and tv in the living room. If I can't sit back and relax, I would rather not play.

I have an Xbox One and a not so up to date PC. Fallout 4 and Rise of the Tomb Raider are both 1080p 30fps on Xbox One and have received really good review scores so far.

So the question is, do I buy Tomb Raider on Xbox One or Fallout 4 on PC or Xbox One. I love shooters, action/adventure games, and some RPGs. I couldn't finish The Witcher 3 on PC. The game lost my attention and the story took forever to progress after hours of trying to find Dandelion. Is Fallout easier to play and progress through the story than The Witcher?

What are your top 5 E3 2015 games? E3 for me was full of surprises. It finally looks like next gen has arrived.

@bigsocrates: Sorry for not including enough info. I enjoy playing mulitplayer with friends and family but most exclusives are for single player that I enjoy thoroughly. I play BF4 once a week and Titanfall once a month simply because there is no one else to play with and nothing else to play currently. Everything else I play is 3-4 days a week. I have been playing Splinter Cell Blacklist, Metro Last Light, and just finished Wolfenstein.

@eder: If I bought a WiiU it would have to be for Mario Kart. It's hard to justify buying a system for one game.