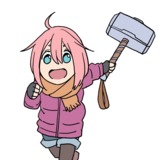 Getting back into the games.

Well if any of you read any my previous post from months back, you guys read that I had a mini dilemma about getting "old" and not being finding the time or just getting bored of playing Video Games.

Luckily just recently I've been really into the scene again.

In the past my gaming had been ridiculously time consuming. I lived, breathed...even ate games...jk...thats bad.

But during high school I've been losing time to even play any games whatsoever due mainly to my going out ALOT and whenever I wanted to play a game, It was a chore to even try sitting through just 10 minutes of any title.

Well fast forward to college. I thought i wouldn't have any time at all but heck look at me. I just bought 3 titles off Amazon.com during Black Friday and Cyber Monday  which were: Dragon Age: Ultimate Edition, Resident Evil 5: Gold, and 3D Dot Game Heroes.

I initially booted up Dragon Age on my PS3 and it just took me. I spent 3 hours on it on one sitting. (I had this on my PC, but my PC died earlier this year)

3D Dot Game Heroes. I've been playing this one primarily since it's been a title I've been holding out on buying for the longest time. Gotten through the first 2 dungeons. Unsure about how much time I've put into this game.

Resident Evil 5: Gold: I still have yet to play this. I removed the plastic though...thats a start right?

Well to end this fairly easy to read post. It looks like my younger self is coming back.

We all get to that age where we feel we're to old to play games, or just simply we get to that point where were way to busy to be able to commit ourselves to playing a game for multiple hours and have the free time to actually get through a game. Luckily all hope is not lost! This is where i bring up portable gaming. Portable gaming is probably THE best option for most of us who don't have as much time as we used to, to get through a game in our childhood.  As of me writing this i am currently 18 years old and about to graduate high school in weeks so i definelty know how it feels to not have much time to commit to videogames opposed to when i was kids.  Since i have more important things like my actual school work and my social life that keep me occupied, it's good to know that something like my PSP, DS, or my iPod can allow me to enjoy quality gaming time in short or long burst anywhere i am.  So for all of those people who feel like they're getting to old for gaming i highly reccomend going with the more portable systems as an alternative.

Gaming and Getting Older

For most of my life ive been growing up playing games.  My first game system was a SNES with games like Super Mario World, Star fox, and Donkey Kong country (yes i was a 90's child).  Throughout Elementary videos games were practically THE best distraction for me as i was growing up, In middle school video games dominated most of my social life since many of my friends at the time would go down to an internet cafe which was a block away from my school to play Counter Strike.  Then highschool started.  During my whole time in highschool i found it very hard to commit to playing any game...now that i think about it i dont think ive beaten any game that ive bought thoughout highschool.

For me so far i feel like im out growing video gaming as a hobby which really sucks for me but im pretty sure that alot of people that get much more busier feel this way, but i will try to get back into gaming during this summer when i graduate and hav emuch more free time