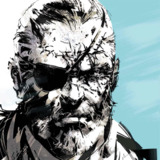 "Snake, but with the spelling all fucked up"- Ben Pack.

Sweet, too bad I'm in Toronto.

I hate this game.

@efesell: I agree with pretty much everything you said and am delighted P5's getting good reception contrary to my initial understanding.

I have however finished Yakuza 0 two days ago and saw only Atlus' name in the credits for English localization.

Did I miss something? Atlus is cooperating with Sega so I don't see how our statements contradict one another.

@arcitee: Most stories that thematically criticize the society and the way each of us live our lives makes us unhappy, guilty and uncomfortable (in short, you would not have as good a time playing them).

In that sense, I am actually relieved that P5 is such an outlier.

However, it worries me that lack of favorable reception would discourage Atlus or their localization team from investing in the western market or in Persona in general (regardless of how you feel about the English localization of this game, Atlus does a pretty amazing job. Take Yakuza 0 localized by Atlus for example)!

Another issue that annoys and disappoints me (warning: my opinion is not popular at all) is the praise that Nier receives for its "existential theme".

P5's theme is "rebellion" which lies parallel to Albert Camus' "Absurdism". It "criticizes social values" and the "media" which reminded me of the works of Marcuse , Adorno and other contributors to the "School of Frankfurt", its hero is "the Jester" which renounces the grip of a "demonic social construct, hated by the society, yet, one that rules over it" which is in agreement with the perspective of Sartre and Beauvoir and even Kierkegaard's Present Age (IMO, that's what the final battle signifies).

In contrast, Nier only rejects the existential philosophy in a minimalist and dismissive fashion (e.g. the way it treat's Nietzsche's critical nihilism is superficial and downright insulting). It is a good game, but, I think if we were all honest, the reason Nier received praise for its philosophical themes more than P5 would only be attributed to the preference of an Action RPG's game-play over that of a JRPG.

Kill la Kill is the $hit!

It's never ceased to be funny for me and intriguing. It's something about it's art style.

I hope you can see my point; making light of the philosophers while blatantly attacking their theories came across as being dismissive, yet, this game is praised for exploring existential themes.

All the while, there is P5 which revolves around rebellion, a theme central to Camus' work and its criticism of societal consent and the perils of its manipulation reminding me of Kierkegaard's Present Age (I admit I'm really biased towards this game).