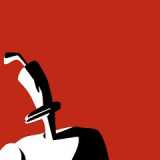 Okay so I just completed the final event in the Burnout Paradise Bikes patch. I don't intend to go for 101% so this is pretty much it for a while.

The first bike you unlock is... not as good as one you already have. Therefore I barely used it.

The last bike you get is amazing! It's really cool and very fast... BUT suddenly I can only be a male? That just seems stupid.

Would it kill them to put an Australian livery on the bike aswell? Maybe that's just nitpicky though.

People online like quitting out of challenges midway through.

Time trials suck, they are repetitive and lame. However they are also strangely addictive.

The lack of E-Brake and boost seems to make the whole experience of riding a bike as easy as... riding a bike. I Think I only failed one or two events and that was because I ignored my indicators and went the wrong way.

The bikes patch was enjoyable, but I think I'm pretty much done with i already, I hope that they flesh out the bikes stuff a bit more as they have an amazing amount of potential and I'm sure this isn't the last we have seen of Bikes in a Burnout game.

The Bikes patch made me realise that I'm really not that pumped for the new Island update anymore, and really I'd like to see the bikes have more of their own content. Online servers already seem to be reverting back to cars as there is simply more to do!

I'm currently 50% through the bikes patch and I'm enjoying it a whole bunch. Here are some things I've noticed.


The new bikes are good however I can't actually see any point in using the any bike other than the one with the speed at pretty much max. Sure 'strength' on a car is all well and good, but on a bike, pretty much useless.

The bikes feel really good, but maybe a bit too heavy around corners?

Crashes are lame, but that's to be expected. It doesn't bother me too much though.

I am also getting bored of doing what seems to be pretty much the same sort of event 38 times. You don't actually ever race against any other bikes it's all just time trials. This is my biggest problem, the Car part of the game had a lot of variety in the events and It would be great to have some sort of Road Rage mode for bikes (Road Rash anyone?) or better yet a Bike stunt run.

Day and night are great! I also like the fact that you can sync the clock to your local time.

Another thing is that I'm still on my learner permit at 50% through, I think I know how to handle the bike by now :P.

I understand that this is a free patch and it really is amazing! However it seems like all the mechanics in this patch are pretty much perfect but the new bike single player mode seems to be very tacked on.

Anybody else have similar thoughts?