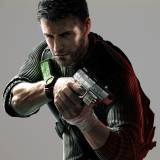 For everyone who liked the Persona 4 Endurance Run, play Costume Quest. It's much easier and faster to complete, but features fun battles and a funny storyline. Ever since watching the Persona Endurance run, I've been wanting to play it, but don't really have the time for long games like persona and other RPG's. Also I never played any RPG's, so it's a nice starter for everyone who likes Persona 4, but can't invest so much time and tought into a game. Yes it is easy, but it is fun, not too long and has some fun moments in it. I recommend it to everyone who wants the feel of playing something like P4, but just wants to be done quicker with much less complication.

Man, never thought I'd write my first blogpost while having the flu. So, I'll postpone it :)