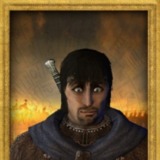 Bad decisions, a darker side to gaming

Hello, and welcome to my first ever blog. I will try not to make it too long but be warned before reading on, this is basically a rant about myself, and the effect gaming has had on my life, the good, the bad, and the dumb, the really dumb. Tonight I have made a decision that covers the latter. I have decided to pull the 'all-nighter'. Now on it's own I know that's not a big deal and certainly isn't worth writing a blog about, but there's a little more to this one and I hope that by telling my story I can have some kind of positive effect, or at least show some insight into what I realize is a darker side to gaming. You see, I have a problem, I am an addict, I am a game junkie.

So, on Sunday at 9am, approx. 36 hours from now I start a new job, I am a chef by trade and the hours are long, sleep deprivation is part of the job, and I'm ok with that, but it's very late now and I am wide awake, there's no point in trying to sleep I know, my body clock is so out of sync with the hours I'll be working the only way I can match them up is brute force...I'm sure we've all been there. The reason for this is video games, or more accurately my almost non existent will power to stop playing them.

As a child I was obsessed with computer games, starting out on my Dads zx spectum 48k at the age of 3, and I haven't stopped since, I have played some form of video game almost every day of my life, and often not in moderation, although not as obsessively through my teens where silly things such as education and relationships distracted me. A stand-out example of how deep I got then; when I was 9 my best friend got the new TMNT for the spectrum 128k, that thing had a tape deck built into it...so badass. Anyway, after school that day I asked my parents if I could stay at his house, for whatever reason I wasn't allowed to that night and, well, nothing was going to stop me playing that game. So I did one, stealthed off from the school carpark and walked about 6 miles/10 kilometers to his house, not bad for a 9 year old. Of course his parents were sensible enough to phone mine as soon as I arrived and needless to say I never did get to play turtles that night.

This theme of dumb has always been there for me, bad decisions based on this need to feed a gaming addiction. I am 33 now, last night I stayed up until 7 in the morning (that doesn't make sense) playing Shadowman returns, a great game sure, but certainly not as important as being fresh and ready for a new job, given I can play it any time. I live on my own, have a flat that facilitates the basic means of survival and is heavily geared towards gaming. As an adult I have built up the world around me that I wanted as a kid, I was lucky enough to work in QA (yep I said lucky) for nearly 3 years, sadly that ended when the company closed its doors back in 08, but it did go a long way to kind of justify all those hours I'd played for. That's cool! I guess, there is nothing wrong with staying young at heart and just following your passion, but when it notably is having a negative effect on other aspects of life it is something to seriously consider.

That's the point I'm at now, so one big final dumb ass dumb move to finish it off (man it's gonna be a rough 1st day) and from now on sensible, responsible and respectful gaming.

Holy ramble batman! Next week I will be talking about how tying shoe laces left me feeling devout of velcro based enjoyment and the effect it had on my running.