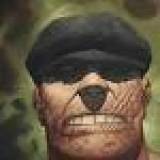 This post is pretty off the top of my head and based off my own understanding of the subject matter. For a much more thought out and, honestly, better presented analysis of Xenoblade, I recommend this write up from pioneer project. It was the only real independent analysis I found on this subject and is quite insightful.

I was drawn to Xenoblade Chronicles for various reasons. Among those being the gaming press' coverage of project rainfall to have the game localized, the seemingly limited supply in North America due to initial pre-orders only being available through Nintendo directly and Gamestop, as well as the rave reviews the game received in Japan. But most of all what drew me in was the games connection to Xenogears, a game I had been interested in but never managed to play. What made Xenogears so interesting to me was, among other things, the wide discussion of the games use of religious, philosophical and psychological concepts. After completing Xenoblade, I was surprised to find a significant lack of discussion on the games references to very similar subject matter. So, here are some of my thoughts on Xenoblade.

Firstly, Spoiler Warning. I'm going to reference the plot of the game including some of the larger plot twists. Secondly, Religious Type Stuff Discussion Warning. I'm only moderately informed on Christianity and even less informed on other theologies, so my references are mostly going to be related to the former.

Upon completion, what struck me most as an allegorical reference to Christianity in the plot of Xenoblade, was its use of trinities. Both the primary characters who are presented as "Gods" are referenced as existing in three distinct manifestations. Zanza is explained to have existed as the Bionis, exists as his own sentience, and is also referred to as being the Monado itself. Similarly, Meyneth is manifested as the Mechonis, her own sentience, and as a separate Monado. A more in depth analysis of the character of Zanza shows similarities between him and the christian idea of god. He is responsible for the existence of the world (planet Earth) as it appears in the game. A massive, unexplored ocean covering a completely empty world except for the Mechonis and Bionis. This empty and unknown reality could be thought of as a reference to the universe. If the planet is the universe, then the Bionis would be the world, as it is recognized as the only inhabitable land mass in existence to the Homs and other life forms of the Bionis. Zanza is responsible for the entirety of existence that is known to the games protagonists except for the Mechonis and its inhabitants, the Mechon, more on them later. Another interesting comparison to be made between Zanza and the idea of god is that he is held as unknowable, atleast for most of the game. You don't even hear his name until maybe half way through the game, and he doesn't manifest himself in an independent physical form until the last act of the story. The inhabitants of the Bionis seem inherently aware of the fact that they were brought into being by some ancient, and supposedly, superior being, but typically attribute it to the Bionis. This distancing of Zanza and shrouding of his intentions through most of the game establishes them both as beyond the comprehension of the mortals that inhabit the game's world.

Returning to the idea of Zanza being presented as a trinity of beings, their is the presentation of the Monado. The legendary blade that was wielded by the Bionis against the Mechonis, which can not even be held except by those selected few who are later revealed to be chosen by Zanza himself. The ultimate weapon against the scourge that is the mindless robotic Mechons whose armies wage war against the Bionis' people and drag away their victims to what is initially an unknown fate. The tool that grants its master fantastical powers, such as enhancing their own abilities, protecting those dear to them and even perceiving and altering the immediate future. The blade is later revealed, as mentioned earlier, to be a manifestation of Zanza himself. Due to these definitions of what the Monado is, in regard to comparison of the Holy Trinity of christian beliefs, then if Zanza is God I would consider the Monado to be the Holy Spirit. One perception of the Holy Spirit in christian beliefs is that it is the manifestation of god's will and grace within one of his chosen followers. The Bible contains many stories of god's chosen displaying incredible courage and power outside their own limitations (the story of David and Goliath for example), which are attributed to the presence of the Holy Spirit. Another description of such acts could be attributed to the individuals faith, and I think that is another way of perceiving the presence of the Monado. Wielding the Monado as an allegory for faith also works due to the games characters' constant state of awe and bewilderment in its presence (demonstrated by their consistent repeated utterances of its name in confused uncertainty). These repeated instances of doubting/hopeful uncertainty exemplifies how people might react to those engaging in acts of faith, like watching a young boy armed with only a sling and stone walking out to face a giant armed soldier, to re-use the David and Goliath analogy.

This brings us to the third part of the comparison to the trinity, which, by process of elimination, would bring the comparison of the Bionis to Jesus Christ. There are a couple of interesting comparisons that could be made between these two figures. The Bionis gave its life to preserve the sanctity of its life force, ether, and thereby the lives of all its creations, as comparison to Jesus whose sacrifice of life is considered to be a means of saving his followers from their own sins. Another interesting comparison between the two is the eventual resurrection of both. But whereas the resurrection of Jesus was portrayed as an awe inspiring miracle and proof of divinity, the resurrection of the Bionis is revealed to be the intention of Zanza to finally destroy the Mechonis and its people, so he can sacrifice his own people and recreate the world once again. This description of the Bionis' return to life is more in line with the idea of "the second coming" of Christ, where judgement day is at hand and all of creation will ostensibly return to to god and the world would be recreated into paradise for the chosen and the damned would be cast off.

At this point I think returning to the idea of the Mechonis and its inhabitants creates an interesting juxtaposition for the story. The eventual reveal that the Mechonis itself is in no way evil, and is actually the manifestation of the most benevolent character in the story of Xenoblade, Lady Meyneth, establishes the will of Zanza as beyond questioning not due to divinity, but rather, by design. The truth, that that battle between the Bionis and Mechonis was initiated by Zanza in the form of the Bionis, mostly out of disdain for the presence of the Mechonis, due to its technologically based existence standing as an affront to his ideal, "creationist" world. The Mechonis could easily be considered a commentary on scientific and technological progress being perceived as an opponent to faith and the ultimate plan of an almighty higher power. It is also interesting to note that in the end, it is Shulk's will to fight in order to preserve life that results in the creation of a third Monado. A representation of a new faith which is capable of destroying the combined power of the two prior Monados. A possible statement on the ability of humans to step beyond their need for a divine presence and also their reliance on technological comforts. To have a world that doesn't need gods.

As a side note, I am currently playing through Xenogear after purchasing it on PSN. Good stuff. But, then again, I haven't hit the reportedly extreme disappointment that is the second disc yet.