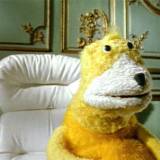 @buemba: I think it's a combination of wanting to update the areas people fly around the most, as well as those places being the ones where there's better geographical and photogrammety data available in the first place.

Japan was actually a surprise to a lot of flight simmers, because it's one of the places that's usually kinda ignored in favour of America and Europe.

The reviews and conversation around this game has been insufferable for several days, and Alex's is the first review I've read that makes sense to me. Eurogamer called the game a self-congratulatory monument to Kojima's ego, and then RECOMMENDED it, for god's sake.

I've seen Kojima fans latch onto this baffling critical praise, and essentially declare that if you can't handle Kojima's intellectual auteur-ness, then Call of Duty 16 is over there for you to play. Those are apparently your two choices - FedEx Simulator with an overwrought story not nearly as clever as it thinks it is, or McAnnualized Franchise 27.

There are much more experimental games out there, doing far more interesting and risky things than this game, that won't get the time of day from mainstream outlets, let alone breathless 9s out of 10.

Played it on the weekend - enjoyed my time with it. Not worth $60 at retail,, but definitely worth checking out on Game Pass if you liked the first one. The reviews for this game have been truly baffling, and that's something I can't say often. The game is... fine. It's basically Crackdown 1's gameplay all over again, with much nicer visuals and music, and actual boss fights.

Is the gameplay anachronistic? Yes. This game isn't going to win any awards. But what is there is polished, there's no real bugs or anything, and it's "faithful" to the original game in terms of feel. There's been no evolution at all really, to the core gameplay (aside from the addition of lots more weapons).

It strikes me as the quintessential 7/10 game, with some 6's and 8's accounting for personal taste. But the 4's and 5's? Get out of here with that noise. Can't shake the feeling that reviewers were already winding up to dunk on this game before it came out, based on the delays, the ballyhooed cloud-tech not being in the single player, and the game not being a narrative-driven, open world masterpiece like Spider-man was. This game isn't Spider-man, in terms of quality.

And yet, I still had six hours of fun with it this weekend. I hunted orbs, and blew up dudes real good, and enjoyed Terry Crew's Jaxon telling gravity to go fuck itself (literally). I'll finish the game, and probably never touch it again, having enjoyed the experience nonetheless.

Not sure how Rockstar does it without getting much scorn. MGS 5 did it too, and I suspect we're not far away from every big single player game doing it. It's where all the continued revenue comes from and they don't have to risk having it including in the critique of the full product. The late-addition multiplayer is either not reviewed at all or gets significantly less scrutiny. And unlike expansions, the continued review comes from selling consumables, so it's infinite like lootboxes with none of the hot baggage that comes with lootboxes.

There's no actual evidence that Microsoft are planning on adding MTX lootbox spins to the game after release, and I'm a little confused as to what Jeff was referring to with Forza putting microtransactions in after reviews. The previous Horizon game didn't have them either.

Forza Motorsport 7 looked like it was going to have a form of paid lootbox, but they never ended up actually charging real money for them, and now they are taking them out completely. Beyond that, it's been pretty predictable for a while now with the Forza games - you've got the VIP Pass that comes with an assortment of stuff, the Car Pass that includes all of the car packs (which can be purchased piecemeal if you want), the two future expansion DLCs for Horizon, and the "Treasure Map" for Horizon that reveals all of the hidden stuff on the map if you're lazy.

The game's "Ultimate Edition" lays out all of the DLC for the game, and Playground actually put out a video thing yesterday explaining their post-release content roadmap for the game.

My understanding is that the events available will vary based on season, that they will be adding new events over the next year as you go into every season, and that the weather of each season will actually vary in intensity (ie. one winter might be more of a blizzard, the next one might be milder, etc.).

I loved the old Burnout crash mode, but man, I think I'd rather go back and put in one of those old games than play something that looks this... sparse.

I get that these releases are probably a way to raise capital for the one big "proper" game they want to make, but I'm not sure if a string of proof-of-concept demos masquerading as games is the smart way to do it.

They might have just been smarter to go the Kickstarter route or something, and try to get the money together to make something fuller and more polished. Surely the Criterion people can find a publisher for a re-badged Burnout series too.

Phil doesn't like timed skins but he was in charge when they bought timed exclusivity for Tomb Raider. He hangs a lamp shade on it but it wasn't his predecessor doing things he's somewhat against right now.

He had been in charge for a few months when they publicly announced the timed exclusivity deal. It's not entirely clear if he was in charge when the deal was actually made. And they've not made any such deals since, nor have they cut deals for content.

I love this game, but the system for playing with randoms is the absolute worst I've ever seen (the SOS Flare system).

Especially when you're in the late-game, farming tempered elder dragons. Here's how my time goes:

- Select 9-stars and "Investigation" from search criteria, then whatever monster I'm looking for

- Hit Search, and get told "no games found". Do it again and again, about six times.

- It finally finds a result or two, which you try to join as quickly as humanly possible.

- It says it can't join, but doesn't say why (probably because a dozen people all frantically tried to join at the same time). Or even better, sometimes it sits there for like 45 seconds, before saying it.

- You have to re-enter the search criteria from step one, and try again. Rinse and repeat, until eventually you get in a group.

And that's just to get in. Then, in my experience, half your group doesn't bring flash pods, and runs around with 15% health tempting fate because they are being cheap with their max potions and want to stand in a health booster instead.

They couldn't just put in matchmaking for randoms? Did they assume only friends would play the multiplayer? It's a testament to this game, that I've been putting up with the above scenario for about 50 hours now.

Just completed the mission you get at HR 100, to slay a tempered Teostra, tempered Nergigante and tempered Kushala Daora within 50 minutes. It was... actually kinda easy. I think we finished it in 28 minutes.

The elder dragons in this game are a little too easy. I think the first time you're told to kill the Anjanath continues to be the "hardest" quest I've encountered in the game, simply because you're so under-geared at the time.

Kinda disappointed that there's a new open beta for Sea of Thieves that started Friday, and they didn't bother playing it on UPF.