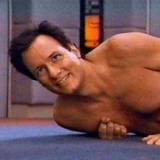 Currently the last champions of Real Time Strategy have been reduced to two significant names, Starcraft 2 that has seen a decline with its e-sports centric audience and Command & Conquer which had its last official released game panned by Critics and abandoned by fans(Company of Heroes 2 is the other other recent RTS example). The attempt to make a Free to Play C&C apparently failed as well, it’s pretty damning to see the two biggest names in a once popular genre fail to keep a foot hold as they once had.

While the 90’s provided a overabundance of games within the Genre we’re now nearly 20 years after the popular period for real time strategy games. A period that arguably began with Command & Conquer Tiberium Dawn (Dune 2 was definitive of course) that ended with a gluttony of early 2000 games, notable late period titles such as the ground breaking Ground control games and Red Alert 2 being among my favourites.

But the Genre hasn't died completely Relic have been holding the torch for some time with the earlier Dawn of war games and the Company of Heroes series. As mentioned Blizzard continued to develop titles over the last few years but the popular Warcraft series is now an MMO and the future is uncertain for Starcraft after the latest expansion is released.

While I wouldn't want an over-saturation of the genre I can’t help but mourn a period which gave us several really fun C&C games, the original Starcraft, Dark Reign(yeah not that amazing), Homeworld, Ground Control, Age of Empires and I’m sure many people could list treasured RTS’s that I've missed here.

On the Horizon we have Wargame: Red Dragon, Etherium(It's said to be a RTS but we've only seen a teaser trailer) and it is believed that Gas Powered Games are working on a Total Annihilation Sequel after a buy out by Wargaming.net, oh and of course Planetary Annihilation is in early access but is still far from complete. In recent news we have OpenRA which seems like one of the most interesting attempts to bring back every relevant Westwood game while re-balancing them and even adding new units. OpenRA has very recently been covered by TotalBiscuit which isn't hard to find if you are curious.

So far I've avoided mentioning DOTA2 and its ilk as they do share relation to the RTS genre yet they are most certainly something else entirely, and personally they don’t have the same appeal. Oh and someone clever might note that the last Command and Conquer release was Tiberium Alliances.. The less said for that the better.

So it would be fair to say the genre hasn't died off completely, rather it has fallen from grace and a popular new genre has seemingly taken its place.