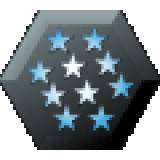 My problem with Gamestop

How does that work out?  I also got 36 cents for Tak and the power of juju.  I know that's an old game, and it's not very good, but still, I couldn't even get 1 dollar for it when they are going to try to sell it for 10?  The whole system seems flawed to me.  I'm sure most of you know about this, but I had really never gone to trade in games before.  I mean, it was probably worth it, all these games are games I'm never going to touch again, I might as well get something out of them.  I'm pretty that's how Gamestop can do that.  They know that people know that they are the only place they can go trade games in, so Gamestop just makes it retardedly unreasonable. Oh well, I got my copy of gears 2 which is amazing from what I have played so far.