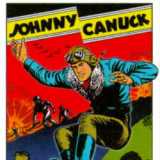 Reasonable Thoughts on Steam for Mac

I’ve been thinking about the whole idea of Valve bringing Steam to Mac for a while and I think we could look back on this as a very significant event in the years to come.

First of all, I think it’s important to get some background on my perspective because fanboys can easily spin this type of talk out of control in a hurry. I grew up playing PC games starting with a 386 machine. Shareware games like Crystal Caves, Lost Vikings, and Jazz Jackrabbit are how I started out in gaming. I had a few upgrades along the way and I was really exclusively a PC gamer until I purchased a Playstation right at the ends of it’s life. I’m definitely happy working with PCs and have no problems using them whatsoever.

This past fall I purchased laptop for Teacher’s College and decided to go with a 13” Macbook Pro because I fell in love with the form factor, relatively good performance and battery performance. I would have been happy going with a PC but could never find something I was totally happy with. At the end of the day, whether it’s a Windows or Mac OSX machine, I’m fine either way.

So on to the topic…

I’ve been drawn back in to PC gaming and the lure of building a machine and enjoying some good old mouse and keyboard action. Better judgment has prevailed and I’ve decided that for both practical and financial reasons I just don’t need to build a desktop PC. Still, browsing through the Steam catalogue, I find it hard to resist some of the older games I really love like KOTOR, Unreal Tournament and Half-Life.

Also, Valve is incredibly smart. They know computer gaming better than any other developer/publisher out there. They know how to create games that suck people in and keep them hooked. If I had to trust any developer across any platform with a project, Valve would be in my top two picks (the other being Blizzard, who also support Mac gaming...).

Here’s where PC fanboys could get irritated. The apple market is growing, like it or not. Like crazy. All you need to do is walk around a college or university campus library and look around. You’ll see young people with macbooks, iPods and iPhones everywhere. Younger people are in to Macs and Apple’s various iterations of their products will continue to keep these people sucked in. Many of these users are more casual computer users. They love their Mac and they are scared of PCs because they’ve had bad experiences with viruses, spyware or other problems (usually caused by their own ignorance).  These people like to play games on their iPhones, there’s no reason they wouldn’t play games on their Macbooks.

I think the real clincher for this whole venture could be how apple chooses to support Steam. Joystiq’s recent interview with John Cook from Valve confirmed that they have been working with Apple on the Steam for Mac project. If Apple continues their support in the launch and support of Steam for Mac, they could help to bridge the gap between Mac users and Valve’s game offerings. Apple’s marketing and PR is a powerful machine that has a huge impact on their users.

Very curious to hear how you feel about this topic and I’d love to hear your thoughts. Thanks for checking in.