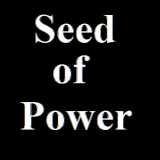 Yo, games to play.

What up duders! I don't blog much but with all this free time this summer without a job, I want to make it a regular thing. Since this is a website about video games, this will be about games I've been playing as of late and ones I feel you guys should play too. Also feedback would be great, as I don't really talk to any of my fellow bombers (outside of one or two) to any great extent.

This game has been sitting on my steam list since last summer and I just got around to playing it. At the time of writing this, I've spent about 2 hours playing it and for the most part, I've enjoyed it. The game isn't very large and there isn't any online multiplayer but it's very charming visual style and tight controls make up for these short comings. There are a sizable assortment of weapons and a large stable of enemy types that have been challenging to kill while not being frustrating at the normal difficult.

The campaign is 13 missions long and I've gotten through 6 of them in about a hour but it has been fun so far. The story is light and doesn't give a lot of exposition. As the art and gameplay is what drives me to keep playing this title. The game sits at ten bucks on steam, I recommend playing it but at a softer price of five dollars.

I've sunk about 82 hours into this game according to steam and I've enjoyed at the most 80% of that time. It's safe to say that this game is the simulator of it's genre. Which is weird to say as it is a real time strategy game. This game takes itself very seriously it can be seen as a niche in a genre that is already a niche. To illustrate my point, a person wishing to be a fighter pilot might play a game like A-10 Warthog and not Crimson skies. Likewise a person wishing to be a real general would play a game like this and maybe not something like Starcraft 2. If you are a real time strategy game fan, you owe it to yourself to at least try playing this game.

The theme of the game is that the cold war tensions have reached an all time high between Nato and Warsaw PACT forces bringing with it World War 3. It takes place during the mid 1980's and this gives the developers every excuse to cram as many units from that era as possible. The game boasts about 300 units in total and therefore making the game very intimidating to anyone not welling to figure out what unit best suits what situation. The campaign serves as a semi competent tutorial but it barley touches on the large variety of armies at one's disposal. The story is very light as it is only there to serve as a loose string connecting interesting bot matches. The real meat of the game is in the multiplayer.

The gameplay breaks down to something akin to a tabletop game in real time. Each player is given a set amount of points to spend on the their 25 unit custom army (each with their own variants) that have been selected beforehand. After a prematch army is assembled, the players objective is to score a predetermined amount off of enemy units or destroy this command vehicles. Each map is split up into zones to control, the more zones you have the more money you get to spend on more units from deployment areas. This may sound simply enough but as you control more, you must defend more and having expensive units on the field become even more costly when you lose them. Also each map is designed with unit micromanagement in mind and each contain towns, tree lines, hills, and forests to provide units with cover and making them harder to see while enemies are in line of sight. All of this becomes twice as intimidating to the average strategy player when you add on unit characteristics and depth.

Every unit has a stats sheet explaining it's strength and weaknesses and each one must be maintained on the battlefield with fuel and supply (like in a real war). You have to think about that units speed, attack strength (some tanks are too weak to kill other tanks), fuel capacity, range, optics and etc. Every unit feels like they would on a real battlefield, vehicles have to slow down before going in reverse, everyone must take time to take aim and the very men who operate in the field will become panicked when taking too much fire.

On the flip side of all this simulation is that there isn't any base building or real economy management. No war fought through out human history had armies manufactured on the battlefield. With all of this in mind it does become very intimidating like any other simulator on the market but if you like this genre and especially if you love it, I highly recommend checking it out. It wouldn't hurt picking it up when it goes on sale.

The Binding of Isaac: Wrath of the Lamb DLC

If you already own this game just buy this DLC. It's only 3 bucks. If you don't own this game, what the fuck is wrong with you? It's only 5 bucks. I'm tired of writing so here's the trailer.

BL has this service to print books on demand of their fiction. Starting to be a major 40k fan, I took this opportunity to buy some fiction I wouldn't find in stores. This book in question costed me about 42 bucks including shipping and took about 3 weeks to arrive.When the book arrived in the mail, I was very excited to read it.

To see that they printed and shipped me a different book with the cover of the book I wanted. . . . .

I'm not one to write long narrative posts but since it is the end of the semester and I have a month vacation from anything important to do. I guess I have a bit more time to express my thoughts about video games with my follow Giant Bombers.

This blog will come in a variety of parts in no particular order but all have in interest to me. I'm gonna keep my thoughts general as I want to cover as much as possible because it will be awhile before I write another one of these.
Fair Warning: Please excuse all typos and grammar errors. I went to school in Florida, so don't expect great things.

Now I want to make it clear that I'm not trying to make some argument on the PC vs Console debt or weather nor not the platform is dead. I just want to point out a few observations I've made that could relate to other aspects of video gaming. I can do this best with a list:
I am very excited to see where this platform goes in the next few years. With Battlefield 3 and the new Unreal engine on the horizon, I might need to get around to buying that new video card. All those points could be touched on more but I feel like changing the subject while I still have your attention.

I've talked about this universe in a previous entry, but my knowledge of 40k back than pales in comparison until now. I'm on my 16th Black Library book and I show no signs of slowing down. I can go on and on about this but I don't want to bore anyone with my nerdiness. So I'm going to make another topical list with more news and less punditry.
One last pitch before I segue into another topic. If you are looking for a very good Sci-Fi series to read, I suggest the Horus Heresy. Even if you don't like Warhammer 40k, these series of books are good in their own right.


I visit Giant Bomb every day and this is the place where I get most of my gaming news. There is nothing I want more than to see this website grow, so I'm just gonna list some thoughts, suggestions and comments. If you don't agree with me please tell me but keep the trolling to yourself. I would like a discussion, and not internet stupidity.

If you have made it this far through my blog, I would like thank you with a song. Something that has been stuck in my head for a while now.

I'm not one to normally appreciate flash games

But this one right here for some reason really hit a cord with me.

It's called Small Worlds. I think I enjoyed it so much because there isn't some over hook to try to keep you playing. Also, the simple story and music.

The end of my community college career and transferring to a university makes me want to punt a baby.

The Happiest Day in my Gaming Life.

Ive been waiting for this day for about 10 years. I finally get to play....

I got into the beta, and I couldn't be happier.

Also, over a year ago I posted this thread on the release of the game. How wrong we all were.
9 Comments

For the Past, 7 or so months I have been hooked on the this vast universe due to the addictive multiplayer and solid story of Dawn of War 2. So out of curiosity, I decided to dive deeper into the fiction behind the factions of Warhammer 40k and I bought a couple of novels from the Black Library. While reading these books I found them to just as addictive as playing the latest game.

The first book being from Chris Roberson. The novel, Sons of Dorn, being centered around a group of scouts of the Space Marine chapter, Imperial Fists. The book

starts from early recruit to ascension to the ranks of the Astartes. I thought it was good read, not amazing but entertaining. I hope it gets turned into a trilogy. Chris also wrote the Dawn of war 2 novel, but from what I heard it wasn't that great having to be forced to stick to the game story line.

The second book being, Heroes of Space Marines. It's an anthology from various authors but I haven't yet finished it, so far though its been a good read. After this book, I want to start reading some other book about other races in the 40k universe but I haven't been recommended anything yet.

Now, I caught word that there will be a Warhammer 40k movie in the works. That has been approve from Gameworks Studios last October. This movie was said to star the Ultramarines chapter in a 70 min long CGI feature, but from what I have found nothing else has been said about the movie. Other than that is it is being made by a Codex picutures the same guys who did the Bionicle movies for Lego. So at least it will be pretty.


After all this my count down starts for the release of Dawn of war 2: Chaos Rising on March 9. I couldn't be any more excited.

P.s If anyone still plays dow2 online. I don't mind more 2s and 3s partners. My Gfwl tag is Seed of power.
15 Comments

This is why if you haven't seen it already.

The song and video was done by  Duano and Brando. The believe they did hell of a job! Their are more video from various other  classic  nes games at their youtube. Punch out , double dragon etc.  http://www.youtube.com/watch?v=QUEO9Mfmn4M