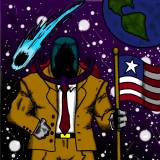 The Creaking of the Door, the Pressing of a Button: The Emerging Interactive Gothic

The video game industry is still a fledgling entertainment medium that is slowly maturing to the point where it’s beginning to hit similar historical landmarks that other entertainment industries have crossed before it, once such event being the birth and expansion of the Gothic literary genre. The emergence of the Gothic genre was due to a number of literary craftsmen who became self-aware and anxious of the ethical issues of their society and culture. Raging in topics from the over-reliance on religion, the ethics of science, sexual discrimination, irrational racial enslavement, and other structural flaws in Western civilization. Writers who felt uncomfortable in the world that surrounded them decided to confront and question it in their works.

Writers like Nathanial Hawthorne and Edgar Allen Poe address these various issues with similar thematic scaffolding that can be recognized as partaking in the in a shared literary form, scholars dubbing such as the Gothic tradition. Some of the classic symbols and themes that can pinpoint a traditional Gothic work include the likes of: dark castles, creaking doors, supernatural forces, mad scientists, and similar emotional themes of social anxiety, violence and fear. Eugenia DeLamotte argues this in her Gothic essay “Introduction: The Genre, The Canon and the Myth” from her larger book, Perils of the Night:

“The psychological, moral, spiritual, and intellectual energies expended in the engagement with the forces of violence are generated by an anxiety about boundaries: those that shut the protagonist off from the world.” (19)

These boundaries are ones that alienate people, whether physical or otherwise, and aspire fear, which is the foundation of the Gothic tradition. This genre isn’t exclusive to the literary genre, with other entertainment mediums like film partaking in decade long conversations with Hawthorne, Poe and other Gothic writers, and even introducing new cultural concerns and anxieties (the zombie movie narrative) to commune with a modern Western audience.

Video games is one such entertainment medium which is still young in terms of its current thematic sophistication. Recently, though, the video game industry and the game developers who shape these interactive experiences have started showing important signs of engaging with and embracing the Gothic genre, even if indirectly. These developers are tackling not only the anxieties of Western society, but the unique and specific issues that concern its own industry and method of engagement with players. Michael Abbott’s essay “High Noon for Shooters” which reflects upon the anxiety of repetitive shooting games by making a connection to the evolution of the Western film genre, which also eerily reflects the objective of the Gothic genre:

“The second wave of Western filmmakers (Sergio Leone, Sam Peckinpah, Clint Eastwood) turned our deep familiarity with the genre in on itself, addressing existential questions and examining the nature of violence. These films were radical departures from the Hollywood formula, not because they rejected the familiar settings or the guns or the hero/villain dichotomy, but because they made these the very subjects of their scrutiny. (2)”

Most games usually revert to their base heritage of simple mechanical pleasure. Solving an abstract puzzle, killing something, out pacing adversaries in races, there is a long history of games that rely on these base gameplay experiences of "winnning". Titles such as Dead Space, Gone Home, Papers, Please, and Spec Ops: The Line are just a very small selection of works which engage directly with the Gothic tradition by complicating the concept of "winning". Most of these aforementioned titles do partake in these simple gameplay interactions like shooting people or solving puzzles, but the developers of these games go he next step forward and twist and manipulate them for a greater purpose, reflecting upon themselves and their peers as the Gothic literary model and the evolution of the Western film genre did before them.

Firstly, it’s important to address the trans-dimensional traversal element that is associated with the Gothic genre as there’s a recurring thematic element of a line that is crossed in Gothic narratives where the reader realizes that they have strayed into the unknown. That is, into a world that is simultaneously like and very much unlike our own “real” world. Usually these “shifts” are triggered by imagery inside the piece like the unnatural creaking of a door or the putrid smell of a depraved soul sickness, sensory clues with inform us of a movement into the Gothic. Video games take part in this fundamental generic tradition with the very first and most basic act of interaction. By picking-up one’s input device of choice and launching the game, the player is instantly transported into the body and soul of a being in a digital realm which seeks to simulate various aspects of reality. As the game initializes, the player crosses this important transformative threshold. The creaking of the door, the pressing of a button. The reader, the player, the human soul has crossed over into something else.

One such experience the player may find themselves transported to could be the game Dead Space, developed by Visceral Games. It’s a third-person shooter, a common genre of video game where the player shoots at enemies from the perspective of a behind-the-back camera angle. What sets Dead Space apart mechanically from its peers is that while you do indeed shoot aliens, how you do it and what the enemies are is truly horrific. Instead of hitting enemies center-mass or scoring headshots, Dead Space’s Necromorph enemies can only be effectively vanquished by shooting off their limbs, cutting them apart with precise weapons, gore splattering the main character, Isaac Clarke, as he horribly dismembers his alien foes.

But worse yet, the nature of the Necromorph foe is its own kind of Gothic nightmare. Necromorphs are a hive mind alien intelligence which reproduces by resembling and repurposing dead bodies. Twisted limbs bent into unnatural angles, protruding bone, sickly familiar human faces, the base Necromorph is a pure Gothic being. They represent the horror of death, of nature’s total disregard for the human form. Even the hive mind intelligence concept of the Necromorph species is an affront to the individuality that we hold so dear. The Necromorphs are a worthy Gothic force, and combined with the horribly dehumanizing dismembering method which is necessary to dispatch them, Dead Space stands out as a Gothic game, despite its very familiar gameplay roots by engaging with the anxiety of an entertainment industry that has grown tired of simple headshots and killing bland enemies, horribly manipulating it while still retaining its entertainment value.

Brendan Keogh brings up this important matter in his book, Killing is Harmless, which critically examines the game Spec Ops: The Line:

“Of course, critics have been critiquing shooters for years. Even those of us that sincerely enjoy shooters can’t shake the feeling that there is something fundamentally unsettling about them.”

Dead Space is intensely interested in entering this conversation, making the act of horribly dismembering these alien-yet-not-so-alien enemies still extremely satisfying. This echoes the beginnings of the Gothic genre as it evolved from the romance genre, parodying and engaging with satirical elements to lampoon the genre’s convention. Though, always for an important critical point to make.

But even in terms of its narrative, something that is easier to recognize for a literary audience, Dead Space addresses the concerns of the Gothic tradition. Specifically in regards to the thematic idea popularized by Edgar Allen Poe, with one choice story being Ligeia. In this narrative the argument is made that a dead women is a beautiful women. One of the ending lines of that story addresses the nature that the unnamed narrator’s wife, Ligeia, is returning from the dead:

“I trembled not — I stirred not — for a crowd of unutterable fancies connected with the air, the stature, the demeanor of the figure, rushing hurriedly through my brain, had paralyzed — had chilled me into stone. I stirred not — but gazed upon the apparition. (10)”

Despite the obvious horror, there’s a romantic nature to the language and the narrator’s fantasy of his wife returning from the dead. That there’s something beautiful about his dead women. Dead Space enters this conversation from a very different perspective, engaging in dialogue across many generation mediums through the shared heritage of the Gothic tradition. Dead Space begins Isaacc watching a video of his wife, Nicole, sending him a plea for help as her space ship, the USG Ishimura, becomes overrun by the Necromorph threat. As Isaac arrives to try and rescue Nicole, repairing the Ishimura and driving back the Necromorph threat, he encounters her many times, usually across an impassable distance. She speaks to him about how happy she is that he has come to save her and “make them whole”, a phrase she repeats frequently.

By the end of the game it’s revealed that Isaac has been delusional. It is shown that the distress video from the beginning of the game actually goes further than what Isaac initially lets on, more so then what you saw at the beginning of the game. When the video is presented in its fullest, it shows that Nicole actually committed suicide via lethal injection so that she wouldn’t suffer the horrible fate of her fellow crew as they’ve become slaughtered and repurposed by the Necromorphs. The Nicole that Isaac has been seeing was an illusion brought upon by extended exposure to the Necromorph hive mind on the Ishimura. Isaac is aware of this from the very beginning, but hides it from the player and from himself the entire time, until he has fully bought into his own facade.

This partakes in two different Gothic conversations: Firstly, the unreliable protagonist, a concept that is rarely found in video game narratives as the protagonist is usually just a shallow surrogate for the player to inhabit, but is common in Gothic literature, especially Poe’s work. And secondly, rebutting Poe’s thematic statement of a beautiful women is a dead women. In Dead Space, and to Isaac Clarke, a dead women is a traumatizing force, one which distorts, warps and disturbs the male psyche, gaze and reality so intensely and horrifically that it destroys Isaac, and thus construct a lie to protect his very sanity. It’s a fascinating addition to the Gothic conversation, one that sits firmly at home in the Gothic genre and its conventions.

And the list of such titles that engage in the Gothic tradition only keeps growing with the marching years, not only in terms of their narrative, but also their gameplay interaction. This shows a growing maturity in the video game industry. Games that are not only willing to engage with classical Gothic narratives and conversations, but also in utilizing the Gothic to give their gameplay an unmistakable weight that sets them apart from other video games. Dead Space is just one such title that plays in this genre, and the rapidly growing list of such titles is getting more and more encouraging. Dead Space proves that video games can have a voice in a genre art form like the Gothic, and that they may have something important to say about the anxieties of our time and culture in an interactive, cooperative way that literature cannot achieve. It’s a slowly emerging trend, but the possibilities are just being realized for the promising Interactive Gothic.

DeLamotte, Eugenia C. "Introduction: The Genre, The Canon and the Myth." Perils of the Night:

A Feminist Study of Nineteenth-century Gothic.