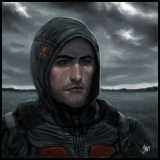 My Planned Game: Tig! for XNA

I’ve come up with an idea for a game i’d like to write over the summer. Its gonna be written in C# and use the XNA setup from Microsoft…

Oi! Wake up at the back! I’m getting to the intresting stuff! Just give me a while to set the scene!

Anyway, this project (if done in time) will be a bit of leverage to help me get on a computer science course at uni and show i’m already able to do some coding and produce something. So reasons aside, time to get to the details. See boring stuff over now.

The game is called Tig! and if anyone saw my Tumblr over the past couple of days you’d have noticed my rough idea. And then today I had a good discusion with Rivas (from the Cunning Slice) which is avalible online here.  So the general idea is out there but this is the simplified and neater version.

As said before the game is called Tig!. Put simply it is a good old game of tig, taking place in a school playground. At the start of the game, one person is determined to be “it”. This player then has to run round touching everyone else or touching as many people before time runs out. Every time someone is tiged, the “tigger” get a point and the tigged person also becomes “it”. This carries on till one person is left standing or until time runs out (depending on settings). At the end of a round, the last three people surviving recive a set number of points based on position. Then a new round starts with another randomly chosen player being “it”. After a set number of rounds, the person with the most points win! Ole!

This is the main mode. However, there are three other possible modes. The first is Off Ground Tig. Acts the same as normal mode but there are now some crates littering the area. When a person is on a crate they can’t be tagged. However stay there too long and ,in the intest of health and safety, a caretaker will come out and remove the crate, knocking you to the floor and making you easier to tag.

The second other mode is Teacher mode. In this, not only is there the tigger but also a Teacher patrolling the playground. The teacher moves slower than the other players, but if you get tagged by a teacher, you have to go and sit on the steps (see the map linked below). This of course means the tigger can get you more easily. To get you off the step someone else who isn’t it has to grab you.

The final mode is Zombie mode (cos all games need zombie mode). The person who is it is reskinned and moves slower. Once you are tagged, you also become a zombie and so become it and move slower. Additonally the map itself is darkened to reflect the mood.

So far so flash game. However there is another trick up this games sleeve. On the Xbox 360 (an advantage to being on XNA), the character you play as is infact your XBL Avatar. When you play on PC you will either make a tempory one (depending on if it can be coded) or play as a stick figure. The teacher’s and caretaker’s model hasn’t been decided yet.

So that the game itself, now a little bit about the menus. As you can see in the diagram thats linked below, the main menu is a classroom in a school. Starting from the right, the door is the exit back to either the XBL dashboard or to the desktop. A blackboard is the link to the “host a game” option. The writing for anything on it appears in chalk. Below it is a cupboard linking to the singleplayer. To the left of that is a fogged up window. This is the join game option showing the server list, the font of which makes it appear as if it is written by someone drawing on the window with their finger. Finally, to the far left is the option menu as a TV with speakers and a board game (representing display, audio and game options respectively.

(the diagram is here)

So this is the starting plan. However to be able to do this, I need to learn to write C# code, which will take a while, get an XNA membership (so I can post to Xbox) and wait till 3.1 of XNA is released (so I can use the avatars). So don’t expect it very soon. I’m  gonna start work on the 9th of June learning C#. But I will also be making a protoype before in something like flash as a proof of concept.

(orginally posted on the blog at http://blog.hntdaab.co.uk)

At the moment, i have a blog, a tumblr for posting my ideas onto, a twitter for updating everyone on what I am doing and a facebook to link up to my friends with. Anyone else getting to the point where you just having WAY too much of your infomation posted on the web?

Anyway, this is a notice to say that I will be starting to post some of the articles from my blog on this site. Only the best for GiantBombers!

I have been playing only small games, as at the moment i'm doing some exams. So on my playlist is Braid (loving it, on PC so get to mess around with the editor), Plants vs. Zombies (loads of content for its price) and Peggle. All the joys of sub 300mb games.

I already have a blog avalible so all intrested look here

There will be posts on everything imaginable. However over the next few weeks there will be a Far Cry 2 feature as well as comments on Fallout 3 and Left 4 Dead. Also expect news on my absent 360

and works alot better than gamespot ever did.

ps. The bombcast reminds me of the hotspot before you guys left